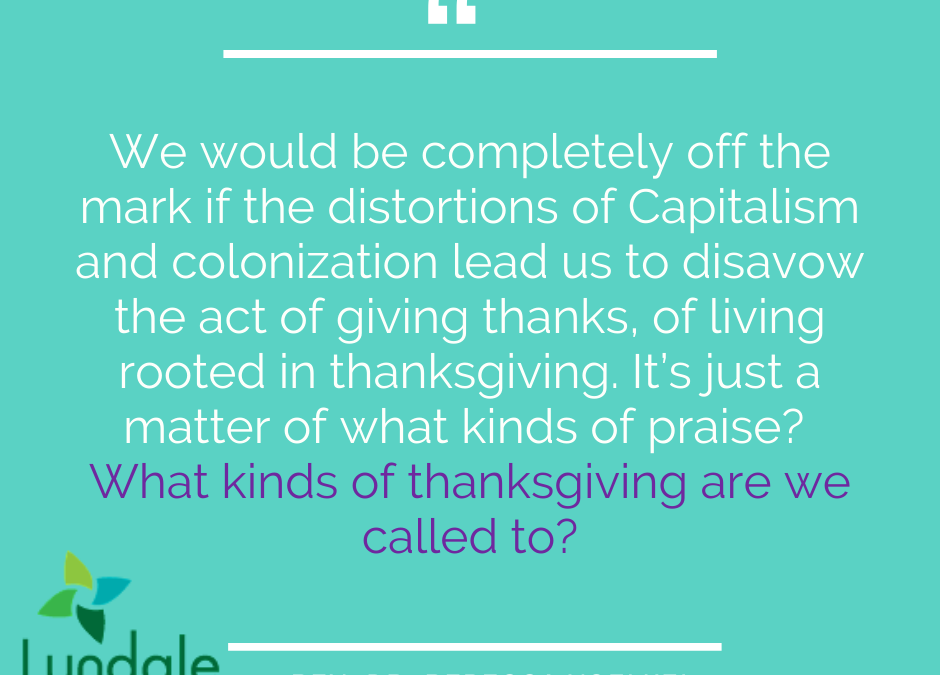 Come to the Table, come as you are. Come as you’re able, see whose child you are. There is room at the table of our God. Amen.

After the Uprising was crushed, it happened quickly for many, many families. They were given, in some cases, a few day’s notice. It was punishment for their community’s and their family’s participation in the Uprising. They had to clear off the land they had lived on for centuries. And they could no longer speak their native language, Scottish Gaelic, wear their ancestral clothing, tartan, or dance their ancestral dances. Many of them literally had nothing and had to steal food so as to not starve. If they were caught, they were thrown in prison and often shipped off to the Australian penal colony. My family fled to a little isolated village called Applecross that clings to a side of a mountain. Over the years, they eeked out a living by fishing and hunting.

After the brief war, if that’s what you could call it since it was really the desperate act of the starving seeking food, it happened quickly. They were rounded up and force-marched over a 150 miles in less than a week. They were held in a concentration camp over the winter then deported out of the land their people had lived on for tens of thousands of years.

My heart is moved by all I cannot save. So much has been destroyed…

Before the round-up happened, she knew things were bad and so she prepared. She took her seeds: squash, corn, beans, potatoes, turnips and others, and sewed them into her skirt. They remained there, hidden, as she survived the march. They remained there, through the freezing winter in which each morning saw the bodies of three new dead. They remained hidden in the dark of her skirt as she survived the forced expulsion in the wake of the extermination order given by Gov. Ramsey.

My great, great-uncle Murdo MacKenzie and my great-grandfather Jock MacKenzie were the children of those who survived the Highland Clearances. They were the fifth generation of those who kept speaking Scottish Gaelic, who kept wearing their ancestral tartan, who kept singing and dancing the old songs based on the old poetry. All of it was hidden, behind closed doors, in darkness by the light of the fireplace.

My heart is moved by all I cannot save. So much has been destroyed. I have to cast my lot with those who age after age, perversely, with no extraordinary power, reconstitute the world.[1]

Our Scripture this morning is a portion of Paul’s letter to the church at Philippi. The entire letter is most likely a compilation of three different letters Paul wrote to his kindred. It is believed that the bulk of the letter was written while Paul was in prison in Rome. This text is one of the ones assigned by the lectionary for Thanksgiving Day.

There are at least two lessons. The first comes from an earlier portion of Paul’s letter. There is a poem in the second chapter of Philippians, a portion of which reads:

though he was in the form of God,
did not regard equality with God
as something to be exploited,
but emptied himself,
taking the form of a slave,
being born in human likeness.
And being found in human form,
he humbled himself
and became obedient to the point of death—
even death on a cross.

In this part of Paul’s letter, he is outlining what many have called a model of solidarity. God chooses to pour out God’s self, emptying Godself of power and taking on human form. God chooses equality with humanity and not the power of a god, in order to walk and journey with humanity in love, equality and solidarity. And Jesus chooses to journey with a people under Roman occupation, ministering to those who were marginalized in many ways. His solidarity with the marginalized continued even to the point of a death of a political prisoner at the hands of Rome.

I imagine that Paul, imprisoned by the same Romans is grappling with how the early Christian community is called to live. Our text for this morning is from near the end of the letter and represents Paul’s summary of how we ought live. It represents the second lesson:

Rejoice in the Lord always; again I will say, Rejoice. Let your gentleness be known to everyone. The Lord is near. Do not worry about anything, but in everything by prayer and supplication with thanksgiving let your requests be made known to God. And the peace of God, which surpasses all understanding, will guard your hearts and your minds in Christ Jesus.

Solidarity and living rooted in honor, justice, and love—those ways that are commendable and excellent.

We read Paul’s letter in a time when the practice of Thanksgiving has been deeply distorted and twisted. Indeed, much has been destroyed. Far too often, we are invited to give thanks for accumulation and hoarding—thank God I have all this stuff! Or we’re invited to celebrate power and privilege born out of someone else’s oppression—thank God I’m not homeless or in prison or there by the grace of God go I.

And much of this is in the context of the myth of an idyllic first Thanksgiving between Pilgrims and “Indians” who sat at table as equals when the truth is that the arrival of European Christians marked the attempted genocide and erasure of indigenous people on these lands.

My heart is moved by all I cannot save… so much has been destroyed.

However, we would be completely off the mark if the distortions of Capitalism and colonization lead us to disavow the act of giving thanks, of living rooted in thanksgiving. We would be falling prey to the very lies of these systems of sin if we do not root and ground ourselves in praise. It’s just a matter of what kinds of praise? What kinds of thanksgiving are we called to?

In this times and in these places where so much has been destroyed, what is commendable, just, true and honorable?

The Dakota grandmother survived and she saved seeds in the dark and she planted seeds in the soil of exile. The descendants of those seeds are now germinating in the work of Dream of Wild Health and the Sioux Chef; they are sprouting and growing in the seed exchanges which might be one answer to the ravages of climate change.

My uncle Murdo wore his kilt until the day he died. He hiked the heather-covered mountain and spoke in Gaelic with the spirits of our ancestors. He taught my Grammie to dream and see beyond the poverty and degradation they had been dealt. And his spirit is present in every act of solidarity and protest and resistance she engaged and in every one she inspires in me.

My friends, we must acknowledge that we live in an era where much has been destroyed, it is true. But there are ancestors who have acted in solidarity and in honor and love. They refused to give up. They refused to stop giving thanks and rooting themselves in praise. And they are urging us: