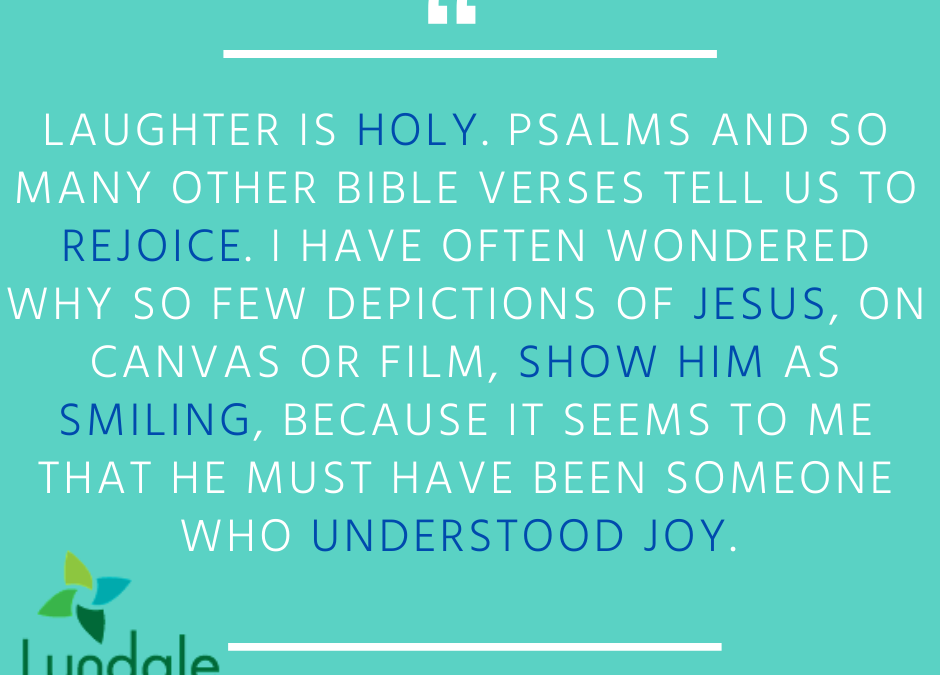 There are a lot of reasons why it’s been so hard, but besides the deep suffering that Covid has brought, a good deal of it has been the intentional, authoritarian attempts of the Trump administration. Day after day after day we witnessed actions where the suffering was the point. We lived through over 30,000 lies coming from the White House whose purpose was to gaslight. It was as if we had a batter-in-chief.

It has been a hard last four years. And a hard last year. And a hard last month. And this past week, we’ve witnessed the impeachment trial where we relived January 6th and grappled with the widespread hold Qanon and white nationalist violence has on our country.

But as I prepared for Mardi Gras Sunday, receiving memes and videos and jokes, I went back and read a number of pieces about laughter and creativity and dancing – particularly amidst difficult times.

And I was reminded that one of the most powerful tools that colonizers and oppressors and would-be authoritarians use is despair. When people are so mired in the pain and misery of the present, they can not dream of a future of liberation. When we are so focused on kids in cages and the ban on transgender folx in the military and on the travel bans and on the border wall and on the opening up of the Arctic national wildlife reserve for drilling and on and on and on, we become despairing and exhausted and unable to resist.

But one of the things that we know from many liberation movements is that one of the most powerful tools of resistance is laughter and dance and celebration. There is a deeply revolutionary spirit and power that is unleashed when we laugh and dance and celebrate. For when we are laughing, we are breathing deeply of the spirit. And when we are dancing, we are claiming a joy that may be in the future, we are claiming it in the here and now.

Through laughter and dancing and celebrating, those experiencing colonization can break the power-over dynamic by claiming their full humanity manifest in joy, now. Through laughter, they invert the bad to make it comical or playful. They can use the farcical for a dead-serious purpose, embodying that colonization’s defeat is already real because they are fully alive and free.

I want to take just about 3 minutes to share a beautiful example of this in a video Ron Rooney shared with me from two indigenous comedians responding to the so-called Qanon shaman. Ashley, can you play the video? (https://www.youtube.com/watch?v=EWR4iU9T7HM from 4:23 to 7:30 minutes…)

This claiming of a future promise in a present joy is one of the most powerful tools to defeat authoritarian attempts and movements of supremacy and hatred.

But also want to say one thing about our scripture for this morning. In some ways, the text suggests that laughter and joy result after God delivers us from oppression and difficulty. Now, I am sure that there will be laughter and joy when white supremacy is finally dismantled—I can see the party in my mind’s eye. But on this Sunday, we are also rooting ourselves in the wisdom that the practice of joy and laughter, especially amidst pain and suffering, is a revolutionary claiming of God’s realm, here and now.

I want to turn it now to Joe, whose practice of jokes and humor have not only been a practice for him of survival, but whose pun ministry has blessed many in the Lyndale community and beyond.

I’ve been prone to jokes and especially to puns for decades, but I always used to hear the “common wisdom” that resorting to jokes was the last resort of someone who wasn’t able to deal with life on the serious terms with which it deserved to be considered. And, in fact, when something serious or traumatic would happen in my life, you would usually find me going joke free for a few days, because I bought into the idea that humor simply wasn’t an appropriate or mature way to respond to the seriousness of life… that someone who did respond in that way wasn’t strong enough to face reality on their own. Laughter was a means of escape.

But as life went on and the seriousness of it became more and more obvious, I began to recognize in laughter and jokes something very important and, in its own way, very serious. I was not trying to escape from troubled reality by joking… I was staring it right in the face and showing that it didn’t have the power to drive me into total despair, that I could have a positive response to negative circumstances. If your two choices are laughing or despairing, which makes more sense? Especially if your jokes can help others to see troubles from a different perspective as well. If they can help both you and others become a bit stronger.

There was also the insight I finally arrived at on my own… I never saw a book on it… but which is so well expressed in today’s opening poem. The idea that laughter is holy. Psalms and so many other Bible verses tell us to rejoice. I have often wondered why so few depictions of Jesus, on canvas or film, show him as smiling, because it seems to me that he must have been someone who understood joy. And if people are made in the image of God, and people have a sense of humor… you do the math. (Perhaps this is the best place to mention the stand up comic who once said he knew God had a sense of humor because of the creation of the duck-billed platypus). So to sum it all up, if laughter is the most visible sign of joy… well, what could be more holy than that?