Jesus and the heart’s mysteries 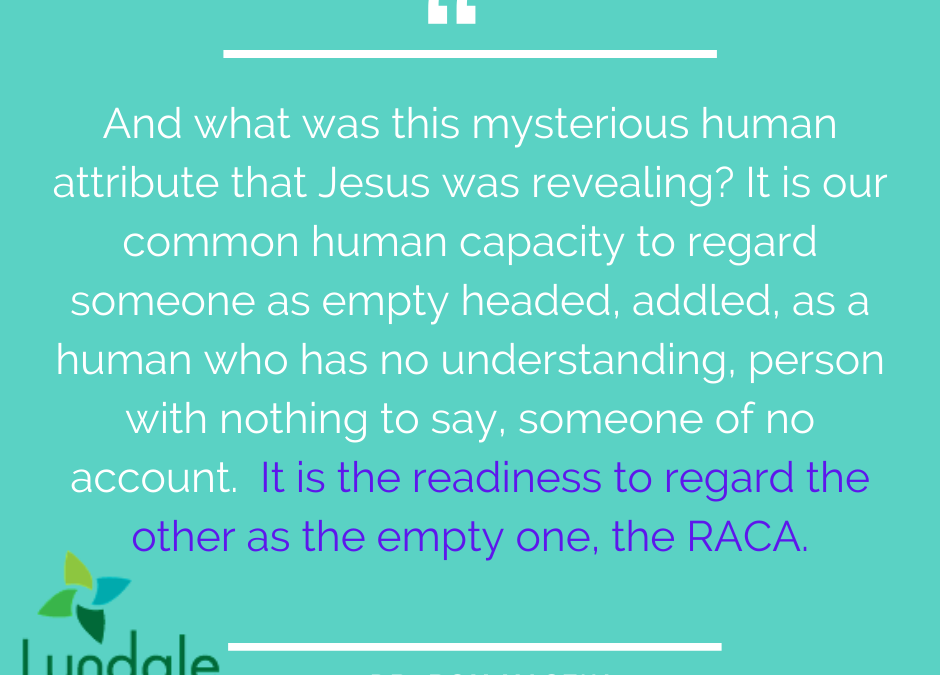 Yes, friends, today the scripture turns our attention nothing less than MURDER, ADULTRY and DIVORCE. If we trying to drive people away from our church, this might be a good place to start! It makes me think about pulling those proverbial covers over my head and eating ice cream.

But, I would point out, we are UCC, and the Bible is our book. And Jesus is our central figure, his stories are part of our story. So let’s roll up our sleeves and see what there is to see. Is this piece of gospel really the train wreck that it seems to be?

So I was trying to put this talk together, and since we hit this same gospel reading every three years I thought it might be useful look at other people’s sermons on the same passage from previous years. In among the various sermons I found on the web, one featured the very special title, “Matthew 5:21-37. Uh-oh. It’s back again.”

Ok, with that encouragement, let’s do the text. Did you notice?

There’s a certain rhythm in this text, and it’s not just the three sayings we’re looking at today that have this rhythm, there are actually six such sayings altogether. Bible scholars like to call these the Six ANTITHESES of Jesus.

In other words, the first part—It used to be said—is the thesis, or the main idea, and the second part—But I tell you this—is the anti-thesis, or Jesus’ new idea placed over against the old. So the whole questions becomes, what was Jesus trying to get at?

Was he (first option) setting aside the Ten Commandments in this sermon, which after thirteen hundred years may have seemed a little thread-bare? They’ve been great, but by now they really need some sprucing up.

Or (third option) is there some other thing going on here? Some truth that is not easily reduced to a few lines of text? Maybe it’s neither a little spruce-up, nor a raising of the bar. Maybe Jesus was getting at some third thing we must work to discover.

And importantly we may wish to ask, does any of this have anything to do with me? Oh yes. Most definitely, yes.

21 “You have heard it said, do not murder, but I tell you that if you are even angry with someone you will be judged. If you SNEER to someone, you go to court.

Ok, to start, Jesus noted that the Ten Commandments prohibit homicide. This is a good plan. Everyone knows this is an excellent scheme. We can’t just have folks walking around with guns shooting each other. That would be a bad plan.

Of course if we wanted to, we could start the debate right now over right to carry laws. Or over whether capital punishment should count as homicide. Or whether war-time killings, or drone strikes, or assassinations, or police shootings, should count as homicide. Once we get started the waters do get muddy fast. But broadly speaking, the idea remains a good one—don’t do homicide.

But let us zoom in on the word “SNEER.” When I grew up we had a King James authorized translation of the Bible in the house. I even had my very own copy. It zippered shut, had book mark ribbons, and included maps of Paul’s missionary journeys. That Bible did not use the word SNEER in this verse. Rather, it used the word the very ancient word RACA. R-A-C-A, RACA.

This word was already an ancient one in Jesus’ time. It comes from a language that had been dead for five hundred years before his birth. Many Bible translators—even today—don’t try to translate it.

For the ancient Chaldeans RACA meant “empty” just like an empty pot or an empty basket. Sometimes it could even mean a person who, feeling ill, has emptied the content of her or his stomach.

By extension, RACA also came to mean someone whose head is empty, someone addled, someone who has no proper understanding, someone with nothing worth saying. By Jesus’ time this word was no longer especially intense, but it was most definitely judgmental, and most potently condescending.

So Jesus picked up this tiny little term to illustrate for his disciples that thinking of another as empty, as unworthy of speaking, as being of no account, or as being a trivial human being, or as having no value . . . this attitude of the heart is much like that which we find in those who preparing to commit homicide. After all, the killer is one who judges another as unworthy of continued life. That word again, is RACA.

27 “You have heard that it was said, ‘Do not commit adultery.’ 28 But I tell you that anyone lusts has already committed adultery in their heart.

Question: can we commit adultery (in other words, have sex with someone else’s partner) without having lust? I know this seems like an odd church question, but it is an important one.

Yes or no? Can we commit adultery without having lust? Of course we can!

We can have sex with someone else’s spouse prompted by lust for sure, but also prompted by anger, prompted by jealousy, prompted by boredom, by despair, prompted even by hatred. So while the Ten Commandments deal with a particular set of external behaviors, Jesus uses the word lust to signify the internal attitude of the person, especially with respect to the partner.

A bit of language study may be useful here. Jesus’ word that gets translated for us as “lust” is actually a compound word (epithumeó). This two part word means quite clearly “to focus attention upon my own desire.” This is not just some random sexual impulse, but rather a deliberate and protracted dwelling upon the anticipated reward of the imagined encounter. To lust is to regard the potential partner as an object to be used to satisfy one’s own drive, without giving much thought to the humanity of the other.

Objectification, we call this nowadays. And this is not limited to just sex. We have the capacity to lust for lots of types of human relationships. Lust for power, lust for recognition, lust for revenge, lust for gratitude. And the list goes on.

Does anyone here notice a similarity between lust of this sort, and the readiness to regard someone else as RACA?

Jesus added an illustration especially for those inclined to feed their lust through visual stimulation. I suppose we’d call this pornography today.

29 If your right eye causes you to stumble, pluck it out and throw it away. It is better for you to lose one part of your body than for your whole body to be thrown into hell.

In seems a long while ago now, but I used to be in junior high school. And back then I belonged to a great Sunday school class. We were all guys and we all knew how to be rambunctious. Over against that, we had a mild mannered, gray haired, bespectacled teacher, Mr. Baxter, and he was very kindly—he loved us really—so we tried not to annoy him too seriously or too often. But when we got to this passage in my zippered Bible among the straight-laced, tie-wearing, oh so pious, Plymouth Brethren, we junior high boys simply could no longer hold back. Quietly at first, and then more loudly, we’d mimic the King James English, “Behold, friend, methinks thy eye doth offend. I shall pluck it out for thee.” These behaviors did not amuse the good Mr. Baxter. He thought we weren’t taking the Gospel seriously. And he was right. But Mr. Baxter was even less amused when we took to calling each other “raca!” Like I said, this was a splendid Sunday school group!

Please note at the outset that this text is no place to go looking for what Jesus thought about marriage, fidelity, and divorce. This particular saying is deeply culture-bound and relates to a local problem in a moment of time, namely, the alarming increase of heartless divorces, often trivial or without substantial cause. This text really does not attempt to offer any form of a universal guideline.

In fact, this observation of Jesus doesn’t even go back to the Ten Commandments. Instead, it goes back to a certificate issuing scheme thought up to make re-assimilation into village life a little easier for a woman divorced without cause.

Maybe the certificates helped, maybe not. But the point is that at the time Jesus lived, there was a lively debate about this going on among the Pharisees. So it was on peoples’ minds.

Jesus, did not weigh into that debate. Rather, he focused on the man contemplating divorce for a trivial reason. What must that man have in his heart to contemplate divorcing a woman—knowing what tragedy it meant for her—when she had done no wrong?

And we see that Jesus looked upon this groundless divorce with severity equal to that of adultery, even though one the first was permitted by law and the second was not. Why does Jesus set the two as equally severe? Because both actions (divorced and adultery) reveal the failure to fully appreciate the substance and dignity of the partner. Both actions regard the partner as trivial, as empty, as a zero. Both regard the other person as RACA.

OK, we’ve done our homework. We’ve reflected on all three ANTITHESES. So let’s go back now to our first question.

One. Was Jesus trying to set aside the old religious law that people had grown up with? Was he trying to say that the Ten Commandments were outmoded and should be thrown away? No, certainly not!

Two. Was Jesus trying to amplify the old religious law that people had grown up with? Was he trying to say that the Ten Commandments were really just way too easy and need to be toughened up? No, certainly not!

Three. Or was it this way? Jesus took aside his disciples and opened to them the inner workings of the old, religious law? Wasn’t Jesus after all showing his trusted followers—on the example of three lively, present day examples—what happens in the human heart that makes external law needful? Yes, most certainly he was.

And what was this mysterious human attribute that Jesus was revealing? It is our common human capacity to regard someone as empty headed, addled, as a human who has no understanding, person with nothing to say, someone of no account. It is the readiness to regard the other as the empty one, the RACA.

The implications are staggering!

If Jesus saw fit to teach this, it means that Jesus was confident that we could grow in hearts to regard all people with respect and dignity. Jesus knew that we can overcome our readiness to disregard others because:

We can learn, and we can help each other to learn, not to think of any of them, as RACA. At least Jesus thought we could do it.

Remember Mr. Baxter? I think he got this. I mean, how else could he hear, respect, and even love his gaggle of unruly junior high boys? I doubt that Mr. Baxter is still living, but if he were I’d like to ask him, was there ever anyone that he dismissed as empty, as trivial, as RACA?

I would not dare not speak for you, but I can confirm for myself that there are many voices I choose not to listen to because they come from directions which I do not value. Jesus thought this dismissive behavior can be overcome, and I, for one, am happy for his confidence.