Inspired by Love and Anger 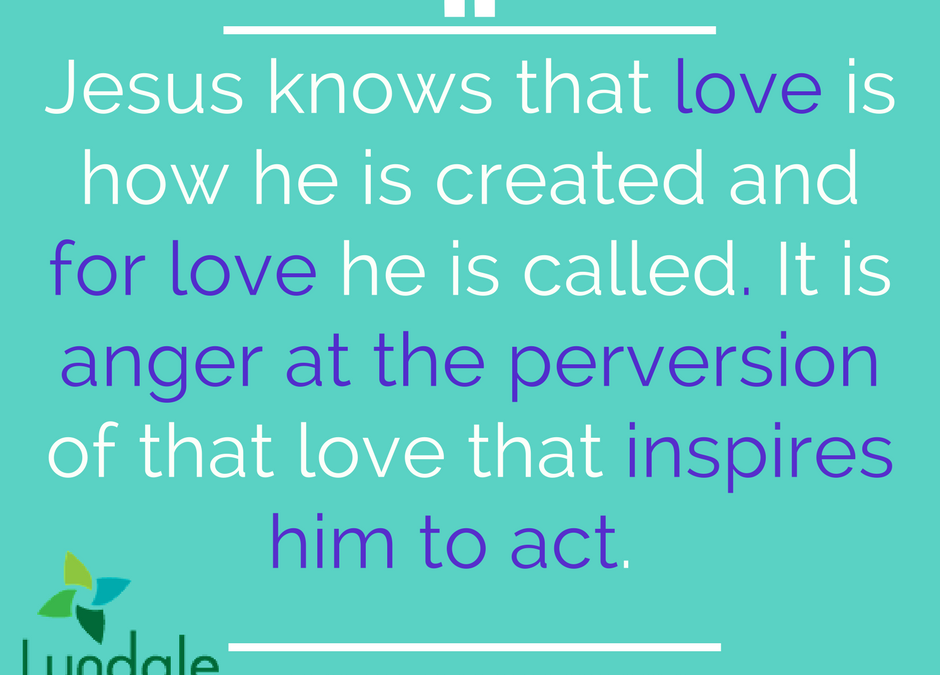 Holy One, breath of life, source of all that is sacred, creative, resistant, breathe into us here and now. Make of our Lenten journeys a bold-enough embodiment that is worthy of you. Amen.

When Sen. Jesse Helms of North Carolina died in July of 2008, Peter Staley told this story:

Why? Because, as the condom said, “Helms is deadlier than a virus.” Senator Jesse Helms was one of the chief architects of AIDS-related stigma in the U.S. He fought against any federal spending on HIV research, treatment or prevention. He once said, referring to homosexuals, “it’s their deliberate, disgusting, revolting conduct that is responsible for the disease.” Here’s another choice one: “There is not one single case of AIDS in this country that cannot be traced in origin to sodomy.”

By saying words like this on the floor of the Senate, Helms gave a veil of legitimacy to every parent who threw their HIV positive kid out of the house. ACT UP New York was filled with angry young men who experienced this kind of Helms-related hatred.

He proposed and passed laws that are still on the books, enshrining this stigma as official government policy. People with HIV couldn’t travel to the U.S. The CDC was not permitted to spend money on preventing the spread of HIV among gay men. Our country never launched a single well-funded HIV prevention campaign because of Jesse Helms. To this day, fifty thousand Americans become infected each year in no small part due to “Senator No”.

In the summer of 1991, it was bugging me that gay and AIDS activists had largely left him alone.

We made sure the house was empty. The last thing we wanted was to spend our lives in jail for giving a senator a heart attack. We knew he was on the last week of his summer recess, and probably in North Carolina. We even rang his doorbell the night before to make sure no one was home.

CNN and all the local TV stations were contacted in advance, and only told we’d be putting a condom on a politician’s house. They were to meet us at our Arlington motel early that morning, and follow our rented U-Haul truck.

We had a heavy portable generator, a long extension cord, two ladders, rubber mallets, plastic stakes, one of those early clunky cell phones, a small cold-air blower for the ground, and a large blower with a custom-built stand for the roof.

The condom was made of parachute material. We unfurled it on the roof, connected it to the blower, and prayed the cops took at least five minutes to get there.

As it began to rise, all the guy wires were quickly staked into the lawn on all four sides of the house.

The first cop car arrived just as the reservoir nipple was beginning to rise, a little over seven minutes after we had arrived. We had done it!

I actually saw one of the cops chuckling when he got out of his car. They didn’t know what to do at first. Shoot the thing? They spent quite a while radioing their superiors, and eventually asked us for our driver’s licenses, wrote down our addresses, and told us it was up to the senator to press charges or not. After the press got all the pictures they needed, I asked the cops if they wanted us to take down the condom, and they let us back on the property to reverse the whole process.

All we got was a parking ticket for parking the truck in the wrong direction. We were free to go, and could take the condom with us. It’s now in Los Angeles at the ONE National Gay & Lesbian Archives.

That night, local TV stations around the country played short funny clips of the action. Senator Helms complained about it on the floor of the Senate a week later, calling us “radical homosexuals.”

He never proposed or passed another life-threatening AIDS amendment.

This story of Peter Staley and other AIDS Coalition To Unlease Power (ACT UP) activists kept coming to me as I read our scripture from John’s gospel. Let me explain.

In our gospel for this morning, Jesus is faced with an economic system that is crushing people. Every Jew was required to make a yearly Passover pilgrimage to the Temple in Jerusalem and to make a sacrifice there. But the system was set up such that you couldn’t bring your own animals with you and you couldn’t use any money that had the picture of the Emperor on it to buy anything for sacrifice.

Jesus went up to Jerusalem. In the temple he found people selling cattle, sheep, and doves, and the money-changers seated at their tables. Making a whip of cords, he drove all of them out of the temple, both the sheep and the cattle. He also poured out the coins of the money-changers and overturned their tables. He told those who were selling the doves, ‘Take these things out of here! Stop making my Father’s house a market-place!’

On Sept 5, 1991 as Peter Staley was inflating the giant condom over Jesse Helm’s house, I was a twenty-two year old working as an AIDS-buddy in Seattle. I had only just moved there after graduating from college and I’d been out as a lesbian for a little over a year. AIDS had devastated a whole generation of gay men and there was absolutely no cure. The reality of being young and queer and being surrounded by so much death and fear was a shocking juxtaposition.

There is one more interesting piece about our Scripture that seems important. This story of Jesus’ turning over the tables, of disrupting the economic and religious system, is found in all four gospels. In Matthew, Mark and Luke, it is one of the last acts Jesus does before he is arrested. It is a kind of last-straw for the authorities. It is the culmination of Jesus’ ministry—his ultimate confrontation with the Powers that ultimately gets him killed. But in John’s gospel, which we read from today, it is at the beginning, in chapter 2. In John’s gospel, it is one of the first things that Jesus does and it is hugely symbolic of who he is and what his ministry is about.

But in both John’s account and in the other gospel writers, regardless of where the story is found, the reason that Jesus disrupts, overturns, causes a riot and chaos isn’t because the disruption is the point. He screams NO because the way things are going is a clear perversion of how God has created the world to be. In place of the belovedness and goodness of all of creation declared in Genesis, people are treated as worthless. In place of a web of life connecting stars and planets and all the company of creation with the flutter of butterfly wings and the breath of each person, money changers and animal sellers are actively severing the connections of beloved community.

Jesus knows that love is how he is created and for love he is called. It is anger at the perversion of that love that inspires him to act. He reads the situation and understands the particular distortion of love and responds directly to that.

But, especially in this day, when the belovedness of every human being is constantly under attack… when our President calls some of God’s children “snakes” as he stokes the fire of supremacy, for example… and when the web of the interconnected of life is hack-sawed by the perversion of vile hatreds like Charlottesville and ICE raids and the threatened deportation of DREAMERS that could start tomorrow… Jesus reminds us that weaving a whip of cords and turning over tables and renting a Uhaul and a heavy portable generator, and a long extension cord, and two ladders, and rubber mallets, and plastic stakes, and one of those early clunky cell phones, and a small cold-air blower for the ground and inflating a giant condom… all to say NO… Jesus reminds us that these, too, are the work of God in the world.

At the end of January of this year, 4000 LGBTQ activists gathered in Washington, DC for the Creating Change conference. The opening plenary included a panel with Andrea Jenkins and Urvashi Vaid, among others, entitled “Activism in a Time of Tyranny.” During her presentation, Urvashi reminded the participants, “we know how to do this. We have survived the AIDS crisis with outrageous humor, with loving each other enough to silence their hatred, with taking care of each other, with shutting it down and building it up. We know how to do this. Now let’s get to work.”

My friends, we, too, know how to do this. Now let’s get to work.