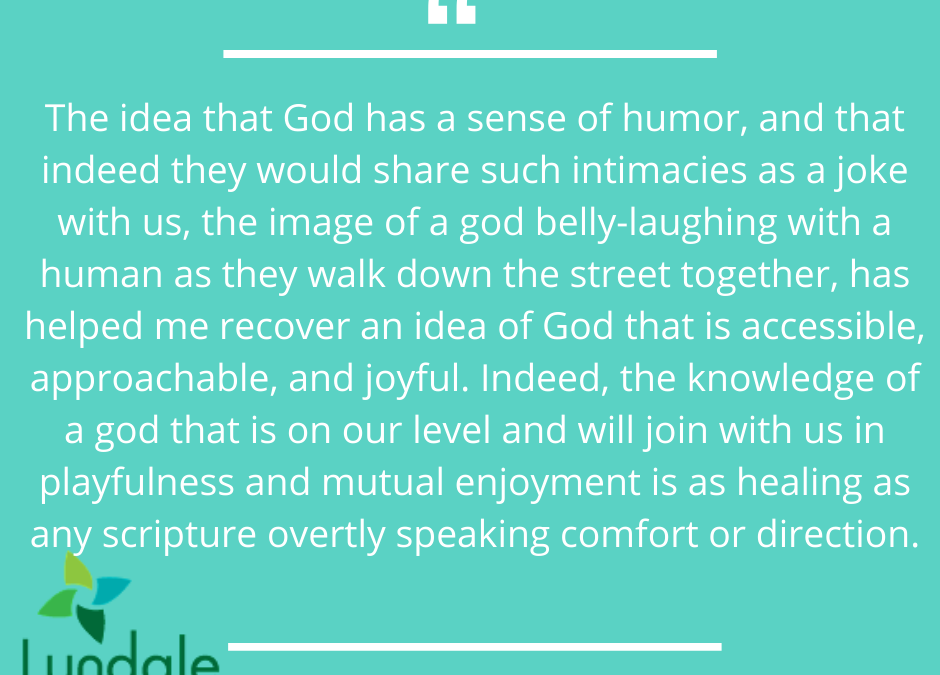 It was Christmas morning in 1987, and I was in the remote, mountainous Salvadoran village of Santa Marta as part of a small delegation of North American Christians and Jews representing the Accompaniment Movement. We awakened, disoriented, to the ground shaking. Quickly, an older man who was a leader in the community explained that the Salvadoran government was dropping bombs nearby to scare and intimidate the residents of Santa Marta. The contrast between the ground-shaking bombs and the early Christmas morning was lost on no one. With such a backdrop, we heard more about the village’s history, including the killing of this elder’s daughter, who had been pregnant with her first child, and the murder of his childhood friend, who had been attempting to defend his own family. The elder described in detail the ways in which colonization targets real bodies with torture, pain, and death.

But the story made a sharp turn when, after describing the history, we sat in silence and prayed. Then he said, “Do you know how I can tell which North Americans are going to last here with us?” After a pause in which no one answered, he continued, “The way I know that anyone is going to last here is that they know how to laugh, to sing, to dance, to experience joy . . . because the work we are doing is so difficult, we have to claim the promise of how the world is going to be, now. We have to live the promise. That’s what our faith teaches us.”

I have to tell you that as I’ve been preparing for today’s service and receiving all these wonderful jokes and memes and expressions of humor, I have been thinking a lot about that Salvadoran elder’s wisdom. I’ve come back to it as I’ve questioned whether or not we should be doing this service at this time. I mean, Covid and so many folx struggling with dying; and all that has happened in our Cities this summer; and then Friday night when the news of Ruth Bader Ginsburg’s death broke–what are we doing laughing?

But the Salvadoran elder has been speaking to me. And I’ve heard my queer ancestors—who used camp and outrageous humor as powerful weapons of transformation. I’ve been thinking a lot about the height of the AIDS pandemic when folx were dying and there was no treatment, let alone a cure and yet there was a fabulousness of resistance- like putting a giant condom over Jesse Helms house. Yes, the queer ancestors have been speaking to me.

And so has Reinhold Neibuhr, the author of the Serenity prayer that so many alcoholics and addicts pray, who also suggested that “[h]umor is a prelude to faith, and laughter is the beginning of prayer.”

I have to tell you that I am standing in the need of prayer and seeking to dig deep into my faith in these times. I am so very frightened and rageful, depending upon the hour or the day, by all we are living through. And so I am trying to laugh to bring me to faith and prayer. How about you?

For much of Friday evening and yesterday, I listened to reports and stories of Ruth Bader Ginsburg and everyone always included the fact that she had a great sense of humor and warmth. So I feel that, perhaps, we honor her in our laughter, too.

But also want to say one thing about our scripture for this morning. In some ways, the text suggests that laughter and joy result after God delivers us from oppression and difficulty. Now, I am sure that there will be laughter and joy when white supremacy is finally dismantled—I can see the party in my mind’s eye. But on this Sunday, we are also rooting ourselves in the Salvadoran elder’s wisdom that the practice of joy and laughter, especially amidst pain and suffering, is a revolutionary claiming of God’s realm, here and now.

Rebecca: Hey, Claire, who’s the most flexible person in the Bible?

Claire: Balaam – he tied his ass to a tree and walked twenty miles!

Rebecca: Hey, Claire, how many angels can fit in a Honda?

Claire: All of them. For it is written “All of my angels shall sing praises in one Accord”

Rebecca: Hey, Claire, why did the UCCer cross the road?

Claire: To support the chicken in its search for its own path.

Rebecca: Hey, Claire, did you hear that three skunks went to church.

Claire: Yea, the minister made them sit in their own pew.

Claire: Hey, Rebecca, did you hear the one about Jesus and the disciples? They were walking around one day, when Jesus said “the kingdom of Heaven is like 3x squared plus 8x minus 9.” The disciples were very puzzled and asked Peter to interpret. Peter said, “don’t worry, it’s just another one of his parabolas.”

Claire: Hey, Rebecca, did you hear the one about Jesus and Satan? They were each at their own computers, writing reports and doing spreadsheets, and suddenly lightning flashed and thunder rolled, and the power went off. And when it came back on, Satan bowed his head and wept because he’d lost everything, but Jesus had no problem because Jesus saves.

Thanks Rebecca and Claire for the lightness you have brought to us in sharing those jokes. I think it does us good to poke gentle fun even at our sacred texts and theology. As the opening prayer said, being able to laugh at ourselves is freeing and healing. I also love the wisdom that Rebecca has given us that  “laughter and joy, especially amidst pain and suffering, is a revolutionary claiming of God’s realm, here and now.”

During a particularly difficult time in my life, I came upon a book called Love Poems from God, compiled and interpreted by Daniel Ladinsky. It is a collection of sacred poems from mystics and theologians of several spiritual traditions that blurs the boundary between humans and God. The poems highlight the divinity in each of us, as well as painting God as much more accessible and down-to-earth than the white bearded, rigid, and devoid-of-personality god that I had been raised with. The god presented collectively through these poems was a god that was exponentially more glorious, loving, tangible, and desirable than the presentations of God I had experienced before, not in spite of, but because of this god’s playfulness and humanness.

One of the poems that spoke to me at this time was from Meister Eckhart, a German theologian who lived in the 13th and 14th century. It reads:

My Lord told me a joke.

And seeing Him laugh has done more for me
than any scripture I will
ever read.

The idea that God has a sense of humor, and that indeed they would share such intimacies as a joke with us, the image of a god belly-laughing with a human as they walk down the street together, has helped me recover an idea of God that is accessible, approachable, and joyful. Indeed, the knowledge of a god that is on our level and will join with us in playfulness and mutual enjoyment is as healing as any scripture overtly speaking comfort or direction.

Can we think of God as a good friend who is excited to share a joke with us on a hard day? Can we seek out the jokes and joy around us that God is willing to share with us even amidst so much pain, sorrow, and injustice in the world? I know I often find it difficult to find lightness and often feel guilty to take a rest or to experience enjoyment when there is so much wrong in the world. But it is imperative for our nervous system to have moments in which it can come down from activation, moments where it can rest and re-calibrate, so that we can continue fighting for justice.  Laughing and finding joy in these times is not ignoring the pain, sorrow, and injustices around us, but instead serves a sweet reminder of what we are fighting for and also provides a brief respite so that we can continue the marathon.

So, I have two invitations for you today. First, spend some time either today or during the week to notice the things that tickle your fancy: Take a walk and notice how funny the ducks are as they waddle, or how toes look like strangely mutated fingers. Watch a show that makes you laugh; go to reddit and find the dad joke thread; goolge videos of babies laughing. Do something that will bring a laugh to your heart. Second, reach out to a friend and share a joke or meme with them. Find a way to lighten someone else’s load with a prayer in the form of laughter.