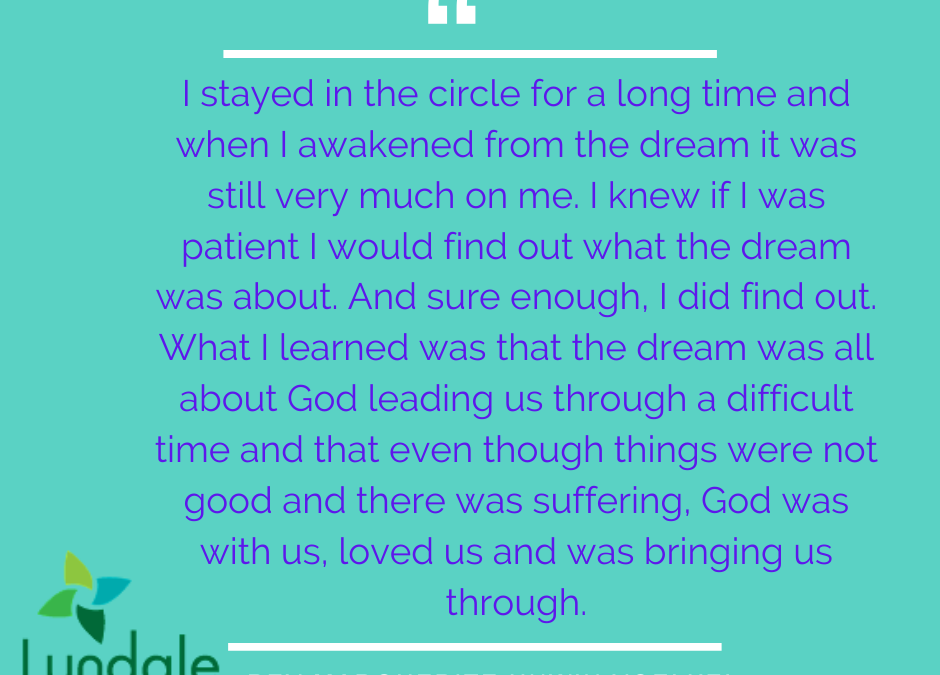 Rebecca: As one who was born and raised in the United Church of Christ, I love some of the self-deprecating humor about the UCC that’s out there. One joke I was sharing recently is that if God had been UCC, we’d have the Ten Suggestions rather than the Ten Commandments! In seminary, an a cappella group I sang with wrote denominational lyrics to the song, The People in Your Neighborhood. The UCC verse was, Oh, we got no theology, no requirements in our polity, we don’t break our bread, it’s cubed and diced, Unitarians Considering Christ.

Now, there is definitely truth in both of these characterizations of our denomination. But there’s a third bit of humor I’ve been considering this week, that the UCC is the “frozen chosen.” Contrary to the Yale Divinity School spoof, the United Church of Christ has a long history of rigorous theological study and debate. One of the most well-known theologians of the twentieth century: Reinhold Neibuhr was born and bred in one of the UCC’s predecessor denominations, the Evangelical and Reformed Church. And even if you don’t know his name, you’re probably familiar with the serenity prayer, which is taken from a piece that he wrote. In fact, the school of theological thought that Reinhold Neibuhr helped champion, Christian realism, rose in prominence as many in our country grappled with how to make sense of the Holocaust.

Historically, the moniker of frozen chosen has some real truth to it as our denomination has valued rational, intellectual, academic, theological thought and built our worship services around the preaching moment.

Now, I have to say that I value very deeply rigorous theological debate and exploration. But this morning, we are invited to journey into a space with which the UCC has not always done well: the mystical, the space in which God/the Holy One/sacred energy communicates and inspires us through dreaming and visioning.

In our scripture from Joel, the prophet has been describing all that happens when a society stops valuing justice and love. He describes the kinds of cataclysmic things that happen when economies of greed and hoarding take hold. He is warning the people that they are in one of those times. But interspersed with these warnings are these beautiful portions that seek to call people back into loving God and doing justice in the world. That’s where our reading comes in.

Joel seems to be saying that when we do the work of liberation, of justice, of loving in the world, we are given the gift of dreams and visions. The text says,

Then afterward (emphasis, mine)
I will pour out my spirit on all flesh;
your [children] shall prophesy,
your old [ones] shall dream dreams,
and your young [ones] shall see visions.

I think we are living in a time when we are surrounded by economies of greed and hoarding and I think Joel is as prophetic now as he was in his time. But I also believe that dreaming and visioning aren’t just a gift that comes because we do the work of justice and love. I believe that dreaming and visioning are some of the most important resistance work we can do. Our dreams and our visions can be what brings us back into relationship with God and with one another.

But, I have to tell you, I’ve been shaped and molded by my life in academic circles and I am not the best one to talk about how dreams and visions can guide and lead us. For that, I’ve asked my mom to share a bit of her spiritual work recently. As you know, she’s a UCC pastor, too, but she’s also a Celtic prayer warrior whose roots in the Highlands of Scotland are fresher than mine. Mom, would share what you’ve prepared?

Marguerite: I want to share with you an experience I had recently on a dull day when I was alone in my apartment. The day was waning and I was waning with it. As I sat in my chair I felt strong arms around me. Now I didn’t imagine those arms- I FELT them.

At first, I was afraid, but finally decided to just relax and go with the flow. Those arms held me tightly for about half an hour and then they let go of me. After they let go I needed to sit there and figure out what had happened. I prayed and meditated and sang a hymn and finally it came to me that those arms wrapped around me were Jesus’ arms.

I wasn’t able to discern more than that at the time but over the next few weeks I came to understand that I was never alone- that Jesus was close by- comforting me, loving me and helping me deal with my aloneness. Since then when I’m feeling all alone or sad, I make it a point to say outloud, “I’m not alone- I can feel your presence, Jesus.” And that makes all the difference.

I want to tell you about another experience I had a while ago. After I went to bed one night I had a dream in which I dreamt I died. When I awoke in the dream I looked around and there was nothing but a circle to my right and I went over and joined the circle. We were holding hands and singing God’s praises. I felt good doing that and soon I began to notice that folks were dressed differently than I was and some spoke other languages.

I stayed in the circle for a long time and when I awakened from the dream it was still very much on me. I knew if I was patient I would find out what the dream was about. And sure enough, I did find out. What I learned was that the dream was all about God leading us through a difficult time and that even though things were not good and there was suffering, God was with us, loved us and was bringing us through.

I then began to think of all the blessings that were ours (and if they weren’t, God wants them to be): food that feeds our bodies, love of one another, a creation that is alive and beautiful, our children, babies, God’s love for each one of us, forgiveness, understanding, God’s pledge to never leave us alone, and on and on…

So, my friends, I’ve joined the circle and am trying to follow God’s leadership through this brutally difficult time, trusting that God will lead us through, trusting God’s love and promise and living in hope. And I pray, I sing hymns, I meditate, I try to help others and do all I can to follow the Holy One who is leading us through this pandemic to the other side.

And I’m inviting each of you to do the same and to join the circle—to not give up but continue to follow where our God leads us and while there are many things in this life that fail us, God’s leadership and promises are not things that fail us.

Will you join me? Amen.