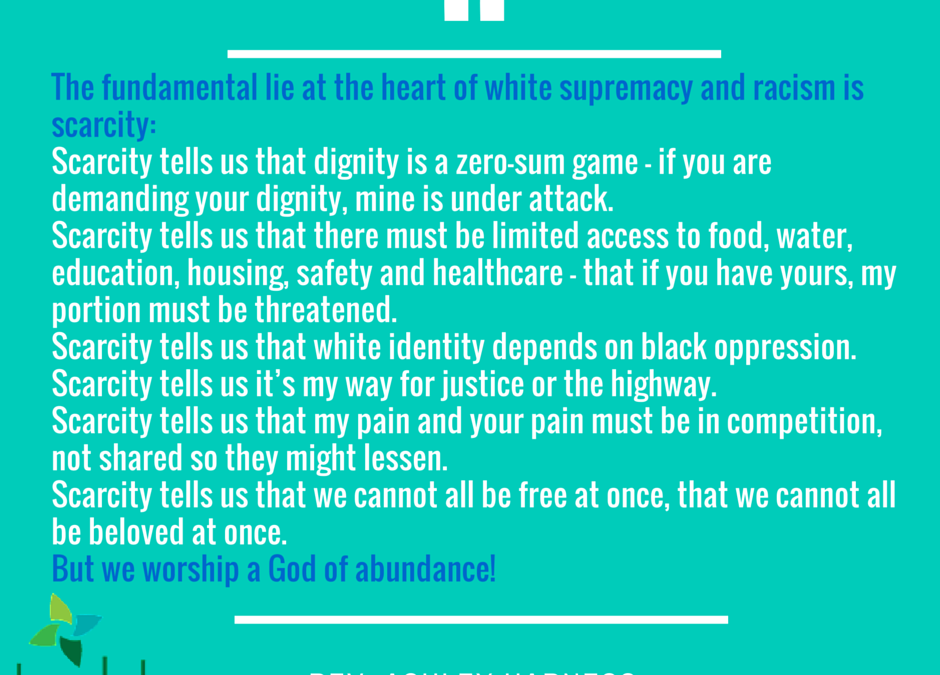 Weddings. I love that the first sign pointing to God’s abundance that Jesus performs in the Gospel of John is at an event as ordinary as a wedding, and upon the request of his mother. I don’t know about you, but I have never been to a wedding where there wasn’t at least the threat of something going wrong and an anxious mother and annoyed son somewhere in the crowd. At my own wedding, half of the wedding guests were late to the ceremony because some of the busses taking them from the hotel to the church got lost. Weddings, especially today amidst what I like to call the wedding industrial complex, are fraught with the messiness of expectation, community and love. But weddings can also be a bodacious glimpse of the Kingdom of God or the Realm of the Divine here on earth.

I can’t resist telling you a story from my own wedding. The moment when it felt like we were dancing right into the Realm of the Divine happened for me at the reception. My wife Angela’s sister was finishing her toast when music from Slum Dog Millionare started playing and Angela joined her sister at the mic. I recognized the music because Angela and I had seen that movie on our first date. But I had no idea what was about to happen. Angela and her sister were dancing. And then I realized everyone was dancing. At the same time. The same moves. My own sister tapped me on the shoulder and said, “Turn around. It’s a flash mob. For you.” And sure enough, the whole room of people – radical queers and super straight folks, all our friends from Brooklyn and the aunts from Westchester county, all the parents, friends from all the chapters of our lives and so many corners of the world – the whole room was dancing. At the end of the song Angela and I were surrounded in the middle as everyone raised their hands around us. It was a Balliwood blessing, a party-style laying on of hands. A picture of that moment hangs in our living room to remind us of that glimpse of heaven on earth. Because most of married life does not resemble your whole community surrounding you with love on a dance floor, right?

Last week we spent our time together in worship meditating on moments when we had known our own belovedness as Children of the Holy One. This week, it’s Martin Luther King Jr. weekend and we’re meditating our collective belovedness, or what we hear more often as King’s famous ideal, “The Beloved Community.”

What is the relationship between this wedding scene from our scripture, my wedding and beloved community? The link for me is this idea and experience of abundance. I think God, Jesus and King call us to live into the space of abundance, to taste it and remember it so that we might further its reach here and now.

But that scarcity mentality of white supremacy and racism, though it lives inside us, is a lie. That scarcity is a way of thinking we have inherited that makes an idol out of fear. And our God says no to that scarcity mentality. Variations on the phrase “be not afraid” appear 365 times in the Bible. In our scripture for today, Jesus’ action shows us that abundance overwhelms scarcity. Even in the midst of all the inequities and exploitation of the Roman empire, an empire not so unlike the world we live in today, there pours out endless fine wine at a peasant wedding in the backwater town of Cana – the embodiment of blessing, possibility and holy presence in the symbolic language of the scriptures. The message is clear. God’s abundance flows like all that fine wine even in that midst that time empire-living and our own.

But sometimes God needs a little nudge. Sometimes God needs us to be Mary, Jesus’ mother, seeing the possibility of abundance and tugging at the sleeves of those who have the power to make it happen. “They have no wine,” she says. She names the disparity so that Jesus can see it. And then she organizes the servants to rectify the situation in collaboration with Jesus and the Divine.

I think King was like Mary. He had the spiritual fortitude to hold in tension the painful disparities of racial injustice, war and poverty that flooded his reality and also see the possibility for abundance, for beloved community. He had the prophetic power to tug at society’s collective sleeves, to draw out the Divine spark living in each of us just like the fully developed divine presence of Jesus so that we too might turn water into wine, injustice at every turn into beloved community.

I wish he had lived to be 87 and that we could all hear him preach today. I have spent a lot of time immersed in his words and looking at photos of him this past week. We still have so much to learn from him. Within our denomination of the United Church of Christ, our new national minister for justice and witness, Rev. Traci Blackmon of St. Louis, calls us to be living memorials to him this way. She says:

As we celebrate King, we must also call out the injustice in Michigan of a governor authorizing cost-cutting measures that resulted in a toxic water supply for the residents of Flint, who are predominantly black and overwhelmingly poor.

As we celebrate, we must also call out our nation of migrants, for targeted removal orders issued to 17,000 Central American families who also migrated to the United States in search of safety.

As we celebrate, we cannot ignore the hungry and the homeless around us.

As we celebrate, we must not ignore people in power who refuse to support the Affordable Care Act not because of cost, but because of racist politics.

[ As we celebrate, we must live into this quote of Dr. King], “The ultimate measure of a man is not where he stands in moments of comfort and convenience, but where he stands at times of challenge and controversy.”

Now is certainly a time of challenge and controversy in our nation and even in our own community here at Lyndale. In the midst of it, like Mary and like King, we must also hold in loving care both the disparity we live and the possibility for abundance. It’s the combination that is so hard. It’s easy to righteously rattle off the statistics of scarcity – especially in our state of Minnesota with some of the largest economic gaps between white and black Americans in the country. It’s also easy to focus on a far-off dream of the Realm of God. But the call of this text is to spend our lives trying to live in the productive tension of the space between, challenging each other with the same love of a mother to her son to notice when the wine is running out, organize with the proverbial stewards, and draw on our own inner Divine spark and the great Divine Love to turn water into fine wine, scarcity into abundance for all in the Beloved Community.