Who is God calling you to be in this movement moment? 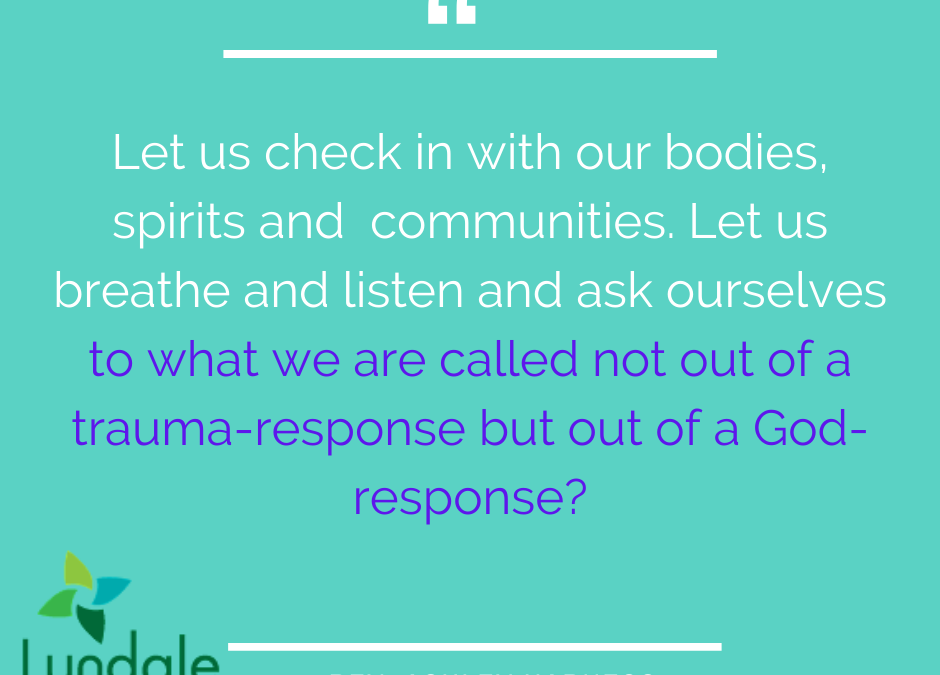 During one of the final scenes of the Harry Potter movie series, Harry destroys Voldemort once and for all. Voldemort is the embodiment of power-seeking evil Harry has spent much of his life trying to end. In an epic fight scene, Harry and Voldemort fly through the sky locked in each other’s grip as the music crescendos. Then they do battle via wand – the energy between their wands lighting up the sky as the film switches to slow motion. When Harry wins, Voldemort literally turns to ash and disintegrates before our eyes and his supposedly all-powerful wand flies through the air into Harry’s open hand. It is finished. A new dawn lights the gray sky as the ash floats slowly away.

A friend of mine sent me this clip on Wednesday after the inauguration and said, “This morning was awesome and all, but I was kind of hoping something like this might happen.”

Right? I laughed, but it is so true for me too. There was so much joy in watching the first woman of color ascend to the Vice Presidency, in watching her take on her call in life in full glory. There was so much relief as the wand of our highest office was passed back into the hands of a competent policy maker more concerned with our collective well-being than his own power.

Many of you shared similar sentiments with me on Facebook. Your shoulders have remembered they are not made to be stuck to your ears. You are tired, but sleeping better. The relief is profound. You have hope that we can collectively advocate and organize with allies in power. You can breathe better. And still others of you feel numb, remain afraid, or are just exhausted beyond easy repair.

My body has not really relaxed. I remain vigilant, still locked in the fight/flight/freeze response on some level that evolution has given us for survival. As a white, cis-gendered Christian American citizen of sufficient economic means, I have not endured on-going stress like the kind we experienced during the last four years before this time. And it’s going to take me some time to unwind my soul.

There are lessons here. There is learning to do about and from communities who have endured generational trauma and gained generational wisdom. There is also the reality that 45 was not an anomaly, but a product of our culture. That tens of millions of Americans voted for more of him. That white Christian nationalism and its cousins of more moderate tendencies are alive and well. That’s why it doesn’t feel like that epic scene from Harry Potter. We didn’t end our Voldemort. He exists as a Horcrux called white Christian Supremacy that lives in some form in all of us – whether intentionally or not.

Which begs the question, now what? What does it mean to seek justice, to seek wholeness, to seek peace, to seek healing, to seek the next chapter of our own lives and our collective existence?

“Follow me, and I will make you fishers,” says Jesus. That’s a bit of a different translation than the one from our text. Our text says “I will make you fish for people.” While many of us have probably heard this text preached before as a call to evangelism that makes our skin crawl, that’s not the only way to read this text. This text is a call to action, a text of calling us into the Jesus movement to re-orient our lives towards building God’s realm of justice, love and wholeness here and now. This is a movement bigger than any particular political campaign. This is a movement bigger than chronological, linear time. This is a movement of the universe into alignment with God.

As one scholar notes,

What whole new life is promised to you? I don’t ask you this now because all of the sudden the political reality lets us off the hook of day to day action. There is still so much hurting in our world. As Dr. Bernice King put it, “We are not inaugurating perfection today, family. We are inaugurating promise. We’ll have to challenge when needed and change what’s unjust.” And also, as activist Prentis Hemphill so helpfully reminds us, “rest and release are not the same as complacency.” We need rest and release, in fact, so we don’t become complacent.

So in this moment when rest and release are possible in a different way, let us check in with our bodies, spirits and our communities and breathe and listen and ask ourselves to what we are called not just out of a trauma-response but out of a God-response. In this moment let us ask ourselves not just what we are to DO next, but who and how we are to BE next. Or perhaps who and how we have always had the opportunity to become as God’s beloveds.

These are some of the words Amanda Gorman spoke on Wednesday, calling us to be fishers too, to be disciples or students of a new kind of future. Let us listen to her now and then we will have a little time to reflect on our own call from the Divine for this next chapter of our collective lives.

I imagine the fishers felt a bit like we do now after having watching Amanda when they got up and immediately followed Jesus. How are you called to be the light? Who is God calling you to be?