No Sabbath, No Justice 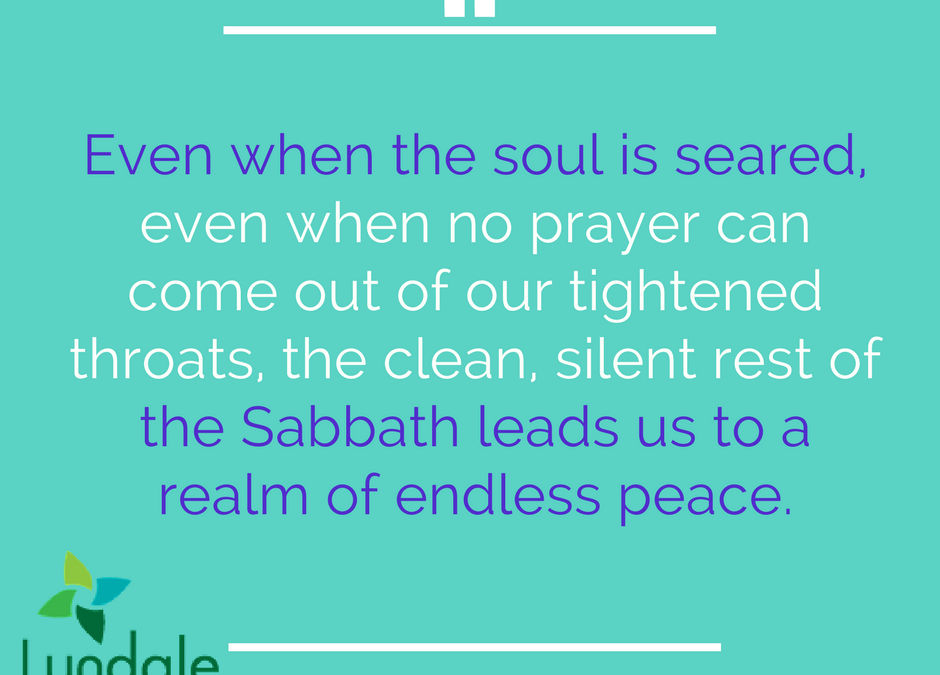 Our city lost a beloved, Philando Castile, last summer. He was a dad, a son, a fiancée, a cherished member of his professional community at JJ Hill Elementary School in St. Paul. He was also a Black man in Minnesota. He had been pulled over by police for minimal offenses – like failing to signal a turn – more times in the last few years than I will ever be as white woman in my life. This time, a routine stop for a taillight outage turned into his last. His 4 year old step-daughter and his fiancée watched him die while pleading for his life after a cop shot him in his car.

I have to admit, as a white person, I held out hope that it would be different this time and there would be a conviction. I had hoped that perhaps the details of this case – the fact that a child was watching, that his death was live-streamed across the internet so that his dying face even wound up on the front page of national newspapers, the fact that he worked at a largely white elementary school where he was beloved by tons of white people – I had thought maybe he was the “right victim” for white people to be able to see his humanity, see him as their own son, uncle, dad, brother… beloved.

But that last sentence makes me cringe as a say it. It reeks of victim-blaming. It’s like saying of a woman, maybe this time the rape case will be tried successfully because she was wearing pants and not a short skirt. That’s how hard I guess I have been working to hold out some kind of faith in the way our policing system works. I didn’t even realize I was doing it until I saw the verdict and found myself surprised. And then I went on Facebook. And I realized that it was my fellow white folks who expressed surprise. My black friends were devastated, but most were not surprised. As the aunt of another black man killed by police in the last few years here in MN – Marcus Golden – said at the rally on Friday night, “The system was not made for justice for us.” It’s true. The modern policing system in our country was first designed to catch run-away slaves. It was slave patrol. And it still carries that work in its DNA.

I do not mean to stand up here and depress you. But in times like these, I have to remind you that just because I am a pastor, I don’t have any more answers than you do. The difference between us is that I have this very strange job where I have to stand in front of you each week and talk honestly about what it means to be human in these times, where it hurts, where I see God and how we can do it better together. My job is not to model doing it right, but to model the great mess of living open to God, of being willing to be transformed in the service of building God’s world here and now. Today, that means being willing to talk about the painful mess of what it means to be white and living in white supremacy culture the day after #PhilandoCastile‘s crucifier was found innocent.

So I stand before you messy and without answers. I stand here talking and I really just want to sit silently and let the grief of this city cleanse my soul of complicity, like a baptism in grief’s tears. Instead, I’m going to talk about Sabbath. Because, as the great Joshua Heschel, Rabbi and Civil Rights activist of the 1960s said, “Even when the soul is seared, even when no prayer can come out of our tightened throats, the clean, silent rest of the Sabbath leads us to a realm of endless peace, or the beginning of an awareness of what eternity means… Eternity utters a day [we call the Sabbath].” (The Sabbath, Heschel 101)

The Sabbath appears many times in the bible, but it is first and foremost a part of the creation story. It is the culmination of creation, the ONLY thing that God calls holy. “So God blessed the seventh day and called it holy, because on it God rested.” I love that. GOD rested. Think about that for a moment. When you are up at night not able to sleep because of your to do list or the anxieties about the day or week or year to come, when you are trying to figure out if you have the energy to go to one more meeting or respond to one more email or make one more phone call – think about that. Nobody is designed to go go go go. Even God rested. It is idolatry to think that business is holy. God rested and called it HOLY.

We are invited, and later in the bible commanded, into that holy rest with God. Rabbi Heschel believed that we spend most of our lives navigating the world of place and space and things. But in that way of living, of acquiring things and land and filling up space, we are in competition with each other, which is part of why we are commanded into Sabbath each week. In Heschel’s poetic prose, he puts it this way:

This very moment belongs to all living [beings] as it belongs to me. We share time, we own space. Through my ownership of space, I am a rival of all other beings; though my living in time, I am a contemporary of all other beings. We pass through time, we occupy space. We easily succumb to the illusion that the world of space is for our sake, for [hu]man’s sake. In regard to time, we are immune to such an illusion. (Heschel 99)

Just one caveat: Sabbath is not the same as self-care in the individual and consumer sensibility of our times. Sabbath is not about comfort or numbing out. Sabbath is about re-creation by and with God. As Rabbi Heschel says, “The act of bringing the world into existence is a continuous process. God called the world into being, and that call goes on. There is the present moment because God is present. Every instant is an act of creation. A moment is not a terminal but a flash, a signal of Beginning. Time is perpetual innovation, a synonym for continuous creation.” (Heschel 100)

Beloveds, I am tired. I haven’t taken the invitation or commandment to Sabbath seriously enough this week. I need our Lyndale tradition of Sabbath summers to help me re-create that discipline in my life. And I can feel in my bones that I need it. Because I know the Sabbath is what allows us to keep going through mess, to keep being open to being re-created by God so we can keep on helping to build God’s world here and now.

I invite you to join me this week in choosing at least one of these ten principles of Sabbath to practice for a full day. This list is distilled by a group of young Reform Jews in what they call the Sabbath Manifesto:

Join me. Enter the temple of time with God to rest, to be re-created, to be held in holy time where we are all created truly perfect in God’s image. Only then will we be able to sustain this work of justice and love and peace, of building the realm of the Divine here and now in this world so there are no more crucifixions, no more Philandos resting eternally too soon.