My White Supremacy. And Yours. 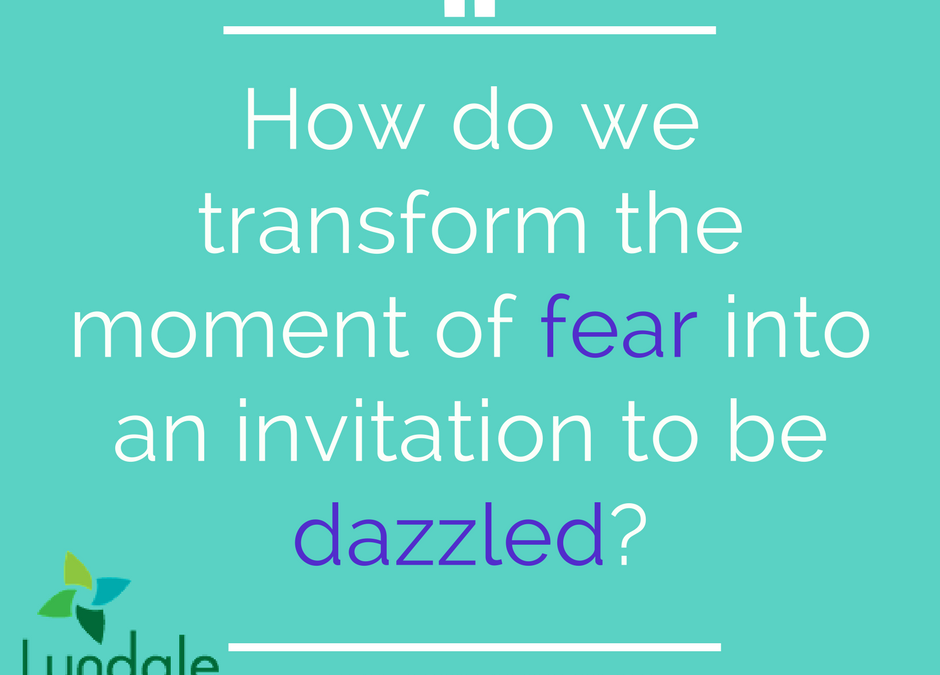 As I was first reading this text this week, I was wearing my 9 week-old baby tied to me as she slept. Anyone who has held an infant while they are asleep peacefully can confirm that this feeling is a glimpse of God’s Realm. They smell milky sweet. I’ve taken to calling August ‘peaches and cream’ sometimes because I imagine her like dessert. She is delicious, especially when she is sleeping or doing her new trick of cooing like she is chatting in conversation. Even though there are times when I am exhausted beyond measure, covered in projectile body fluids that are not my own and cranky with desperation for just a few minutes for my own needs, it is ridiculously easy to experience God incarnate with a baby. No fancy transfiguration moment on a mountaintop needed. God is just there in all Her glory, unmistakable.

But babies, if we are lucky, grow into children, into teenagers, into adults eventually. And it becomes so much harder to experience God in the presence of fellow adults, especially when they are not our beloveds. And it’s not just because adults no longer naturally smell like peaches and cream. We develop in dynamic relationship with the perils of the world, real dangers and oppressions. And we need emotionally and evolutionarily an array of protections for the parts of ourselves that reveal God. Because those parts are as vulnerable and trusting as an infant. They long to be held in holy embrace and yet the world so often meets them with disdain and shame. We also come of age through systems of fear and separation that teach us NOT to see the God that dwells in bodies different from our own.

This last week would have been Trayvon Martin’s 23rd birthday. Instead, he was shot by a neighborhood vigilante at the age of 17. He was shot for wearing a hoodie while black. He was shot because our culture doesn’t see black boys as boys, but as men to be feared. It’s a mythology cultivated since the days of slavery on this soil, sustained and grown through centuries of collusion of the slave catchers (that evolved into our modern policing system) and the church that preached cherry picked scripture passages to justify slavery and the state that relied on free labor to swell and the press that drew pictures of monsters where there were boys and men. I wonder what words Sybrina Fulton, Travyon’s mother, used to use to describe the smell of her baby boy as he slept on her chest. I wonder when the last time was that she stole a sniff of his head as she hugged him goodbye, remembering the sweet milky smell of years past. I’m sure she still saw the divinity gleaming through his 17 year-old body on the morning of the day he was killed.

But what will it take for us to see it? As a white woman, I have been trained by years of inculcation in a white supremacist culture to fear black men just as white women have been trained for centuries. I remember as a little girl riding on the public city bus with my elementary school class and being told to sit together with the other kids from school, not to talk to any of the “other people” on the bus. I remember in college taking a cab to the elementary school where I tutored kids and the cab driver telling me such a nice young lady shouldn’t go to this neighborhood, the “bad part of town.” I remember living in a predominantly Caribbean neighborhood in NYC in my 20s and by the time I lived there I didn’t need anybody to tell me anymore. I did it instinctively. I held my purse close. Nobody used any words about race in any of these conversations, in any of these warnings. We were good progressives, right? But race was implied every time until the voice and teaching of white supremacy culture lived inside me.

By the time I was in my 20s, I could speak fluent critical race theory. I worked in multiracial spaces on racial justice issues. I studied black liberation theology. I would be reading about Black Jesus on the subway and step off the train and unconsciously hold my bag a little tighter as a man who fit almost the exact profile of Jesus walked by. If I was a devil-preaching pastor, I would say the devil of white supremacy lived inside me. And still does.

“For they were terrified,” says our scripture this morning of Peter and James and John. I realize Peter and James and John weren’t white historically, but this morning I’m going to read them as a kind of group of allies to Jesus and the movement for justice he was about. Because in the glory of the revelation of the divinity of a brown, arguably black man named Jesus, they were terrified. Centuries of training by another empire, inculcation by another culture of fear, collusion by other systems, had trained their senses and unconscious biases to flare because Jesus wasn’t a cute baby anymore lying in Mary’s lap, helpless. He was a Black man whose full, divine power had just been revealed as he was transfigured before them.

Yesterday, I went to a book reading by Patrisse Kahn-Cullors, one of the co-founders of the Black Lives Matter movement founded in the wake of Trayvon Martin’s death. An ally in the room asked her what advice she had about being a responsible ally. She spoke for some time, but everything she said circled around one piece of wisdom, which was to stay in the movement with humility for the long haul. She said most allies leave when its not a sexy time to be in the movement, when it gets tough and long and pushes them to grow beyond their comfort zones or when they screw up. But the allies that matter stay with it, especially, especially in holding their fellow white folks accountable.

I think about Peter. Talk about the ultimate ally screw up. Spoiler alert for holy week: the guy betrayed Jesus big time. The unconscious devil of fear, of centuries of training living under ancient empire, clutched tightly at what he knew, at his own perceived safety, an extreme version of me clutching my bag without thinking as I got off the subway even though I know better consciously.

But Peter stayed in the movement, even through this tremendous failure. In fact, he went on to play a critical role in making sure Jesus’ legacy lived beyond Jesus’ death. He dedicated his life to this Jesus movement (note, without making it the ‘Peter movement’). Some might even say he found his life in this Jesus movement. But it didn’t look anything like the life he had lived before. His life was transfigured too.

Maybe that’s the holy magic of transfiguration. And also the source of our fear of it. We cannot stay the same when we see the full divinity of another person. And that pull towards change feels painfully vulnerable, so much harder than letting the forces of our clutching instincts prevail. And yet, it is dazzling, if we let it be. That’s the language from our scripture story to describe the transfigured Jesus. Peter didn’t have to be afraid. He could have been dazzled.

How do we transform the moment of fear into an invitation to be dazzled? How do we stand in the moment of witnessing the power of another who is different from us and pause our clutching unconscious long enough to see instead what is glorious before us? It is a daily practice, a mindfulness and prayer practice for me to acknowledge the voice of white supremacy that still tries to rear its ugly head inside me. Only when I own that voice inside me, though, can I stop acting on its direction. Only then can I choose to be dazzled instead by the black brilliance and joy and power that is revealing God in our times all around us.

Speaking of, I want to leave you with a modern transfiguration story that has haunted me in the best way all week. It comes from Al Letson, a Black American poet, journalist and playwright and takes place in a jail in Malawi:

“They open the doors [of the prison] up. And it leads to the yard. And the light just pours in and it is so bright that I can’t see anything except these figures begin to walk towards the door. I can see them and it’s just these black shadows. After a couple minutes, my eyes begin to adjust. And I look out and they are all black boys between the ages of maybe 14 and 20. And it just broke my heart. And I thought ‘What is it? What is it that it is a crime in this world to be a young black boy?’ I’m looking at them and I’m seeing my children’s faces…

There’s a deacon from the church in the prison yard and he says the boys have a choir, but they never get a chance to sing for anybody and asks if we would mind if they sing of us… And so we walk in and this prison doesn’t look like any American prison. The floors are a sort of a red clay material, as are the walls. The area we are in has a corrugated tin roof, but you can still see puddles on the floor. There’s a little bit of human feces in the corner. The boys are dressed in dirty white tank tops and shorts. Some have flip flops and some don’t have any shoes on.

They line up and there’s about 25 to 30 boys in front of me. The boy facing me opens his mouth and beings to sing and it is the clearest note and it hits me and then suddenly all the boys behind him begin to sing… As they sang the song hit me like a wall of sound and I could feel it… surrounding me. The first song I was being very much a reporter just holding my microphone and trying to take it all in. But by the second song, I found myself rocking with the boys. In the third song, I was in the middle of all the boys and I was singing, and dancing and I don’t even know what the hell I was saying, but I’m rocking with them and in the midst of that I can feel my heart coming back together and I’m having this connection like these are my children and we are one. I go to move my hands to my chest and as I go to move, I feel resistance, like I am under water… and then all that Southern Baptist preaching that my father had given me over the years hit me like a ton of bricks. And I thought, ‘I am in the presence of God.’[1]”

Holy God, may we too be hit like a ton of bricks by your unexpected presence. Transfigure us to be dazzled instead of afraid. Guide our hearts, guide are hands, guide our feet that we might make Your way to end white supremacy and build the realm of God in this world.