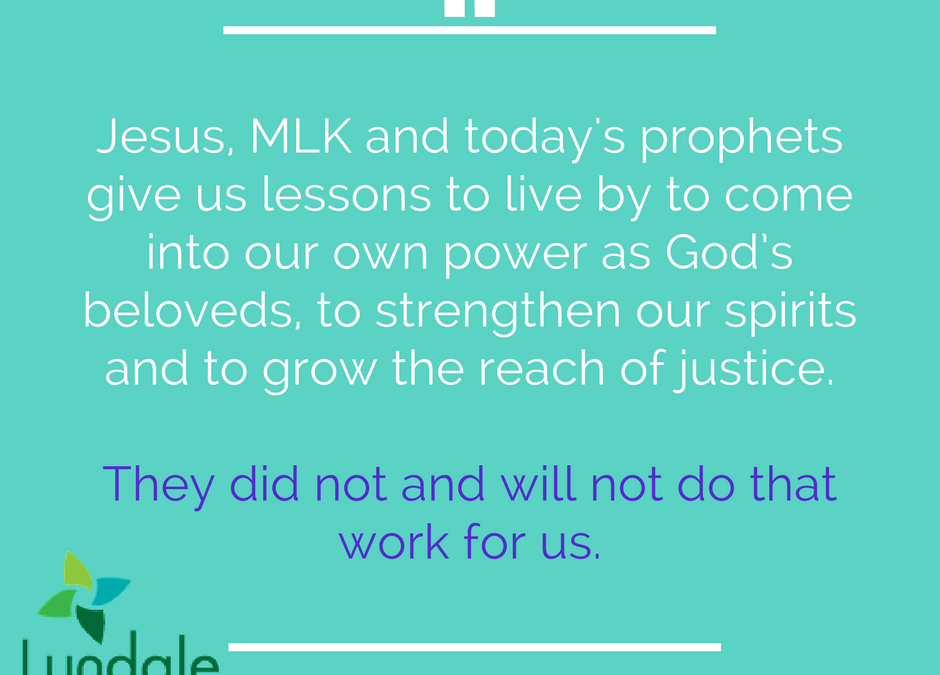 On Friday morning, I woke up to find these words in my Facebook newsfeed from Rae Buzzell, member of one of our SpringHouse churches:

The #Africa I know and embrace fully is a brilliantly beautiful place.

My children are the brightest stars in my life.

My African immigrant children wreak of joy, sunshine, humor, intelligence, love, respect, and grace. As do so many immigrants and children of immigrants from countries the president chooses to diminish with profanity.

They are from #Ethiopia, a #country in #Africa.…

I’ll take my children and every #AfricanImmigrant every damn day, 365/24/7.

Of course, Rae is responding to the horrendously racist and abhorrent comments from #45 about the countries in Africa and Haiti being, “shitholes.” I don’t usually swear from the pulpit. But I need you to hear the word from the pulpit – another place it shouldn’t be spoken – so you can hear how wrong it sounds. And I need you to appreciate its history. Rev. Dr. Stephen Ray, Chair of Theology at Garrett Theological Seminary, gives us some context:

Quick lesson in white nationalist/nazi speak.”Shithole” does not mean sewer; nor, does it mean chamberpot. It has a very specific meaning in this lexicon … to refer to Auschwitz. The term Anus Mundi referred to places in which life for the degenerate races was short, hard, and finally extinguished. Quite literally they are the places through which the world becomes rid of the “human waste” that is the degenerate races.

Today is King Sunday. It’s 2018. And the white supremacy Martin Luther King Jr. gave his life to end still lives, now with a megaphone in the Whitehouse. And not only that, as we read our calls to confession this morning from King, his words about the white church and white moderate complicity from his famous Letter from a Birmingham Jail still ring painfully true too often.

How do we keep going? How do we let ourselves be held by a greater reality, a hope, a truth that God’s Realm is promised, that beloved community is real, that the arc of the moral universe really does bend towards justice? And how do we bend that arc with the strength of our lives without burning out? Where is our Jordan river, our reminder of our people’s liberation outside the bounds of empire, in which to be refreshed and recommit our lives to something bigger? Where is the Holy Spirit showing up, reminding us that we are God’s beloveds? Where are John and Jesus’ spirits alive now?

Speaking of John and Jesus – its their relationship about which most of the commentaries on our scripture today are obsessed. There is a whole genre of commentaries by fancypants biblical scholars about this particular scripture that is very concerned about what it means for how special and unique Jesus was. It goes something like this, “If John baptized Jesus, can Jesus really be our Messiah, our Savior? Doesn’t that mean Jesus was following John and not the other way around?” Cue theological freak out.

But this is the thing. I actually think the fact that Jesus was baptized by John is one of the most theologically and politically and spiritually important parts of this story. Jesus didn’t come out of a vacuum. He didn’t wake up one day and think, hey, let’s do this whole Messiah thing now. He was a disciple of John the Baptizer, the ancient organizer, the eccentric guy who wouldn’t give up on humanity even though Caesar was on the throne in Rome and the world hurt his soul and crushed his people. Jesus came out of a lineage of movement prophets, John being just one of them. The bible is littered with lineages. There are long, boring lists of names with that strange word “begot” connecting them. Because we don’t need celebrity-culture Messiahs whether they are ancient or current. We don’t need parachuted-in, miraculous saviors. We don’t need unrepeatable patterns of social and spiritual transformation devoid of context and realism. We need spiritual ancestors whose lives and lessons teach us how to keep going here and now.

As Richard Rohr, the modern day mystic priest says of this mistake, “We worshiped Jesus instead of following him on his same path.” Our culture has done the same with King. We have turned him into a mythic giant, a leader to be worshiped instead of a leader whose painful and powerful lessons we might come to embody for our own times. This past week, many did the same thing with the very different model of Oprah too. If she actually wants to run for president, OK. But let’s not abdicate ourselves from the responsibility of our part in changing the world by shouting her name for president –those of us who are white, in particular. That’s not the point of any of these leaders. They are giving us lessons to live by, to come into our own power as God’s beloveds, to grow our spirits and the reach of justice. They are not doing that work for us.

So let’s do some of that work together now. Jesus teaches us where it starts, and that is in context, in a lineage of spiritual ancestors. Who are your spiritual ancestors? Whose dreams do you embody with the very act of living who you are boldly? Whose face no longer greets you in person, but lives in your dreams with loving kindness for you? Whose spirit is alive in you? Whose spirit teaches you? Breathe on those questions for a minute. Know in your bones they speak these words to you across eternity, “You are my Child, my beloved.”

Only when we are grounded in that ancestral love can we do the rest of the work alongside Jesus of repentance. I know, that’s a scary word for many of us. But that’s why we can’t do it alone. If I try to look at myself with honesty and see the ways I have hurt myself and others all by myself in my own brain especially late at night, it’s awful. And frankly, other people’s and society’s narratives wind up tangled with my own. I become SO hard on myself. But if I dare to do that work by talking it through with somebody who loves me, they treat me with so much more kindness than I treat myself. Sometimes I have to ask myself, “If my best friend made this mess, what would I tell her?” I wouldn’t let her off the hook, but I would be gentle and loving with her. That’s how repentance works alongside our spiritual ancestors, in community. The Holy Spirit shows up to remind us we are children of God, beloved, no matter what. And then gives us a swift kick to keep co-creating God’s Realm of justice and love with new energy.

While we are not doing a remembrance of baptism today to help you embody this process because we just did one two weeks ago on ritual Sunday, we are going to have a chance for you to share a symbol of repentance in honor of King’s work and how it calls us to action today during our call to offering. Lyndale is participating in the 50th anniversary rekindling of King’s Poor People’s Campaign this spring and summer, a national campaign to pick up the mantle where King left off on his work to end economic exploitation, systemic racism, militarism and we’ve added environmental destruction. There is a card in your bulletin you are invited to fill out to offer your heart, networks and protest feet to this moment’s need for repentance too.

Because King’s words from his famous Letter from a Birmingham Jail could just as easily have been written today about this time, the people in power now, and the rest of us struggling to find our place:

We will have to repent in this generation not merely for the hateful words and actions of the bad people but for the appalling silence of the good people. Human progress never rolls in on wheels of inevitability; it comes through the tireless efforts of [those] willing to be co-workers with God, and without this hard work, time itself becomes an ally of the forces of social stagnation.

Let us sing our next hymn as a sign of remembrance, a song of repentance, and a prayer to turn us back towards the co-working with God that awaits us.