Make me a sanctuary 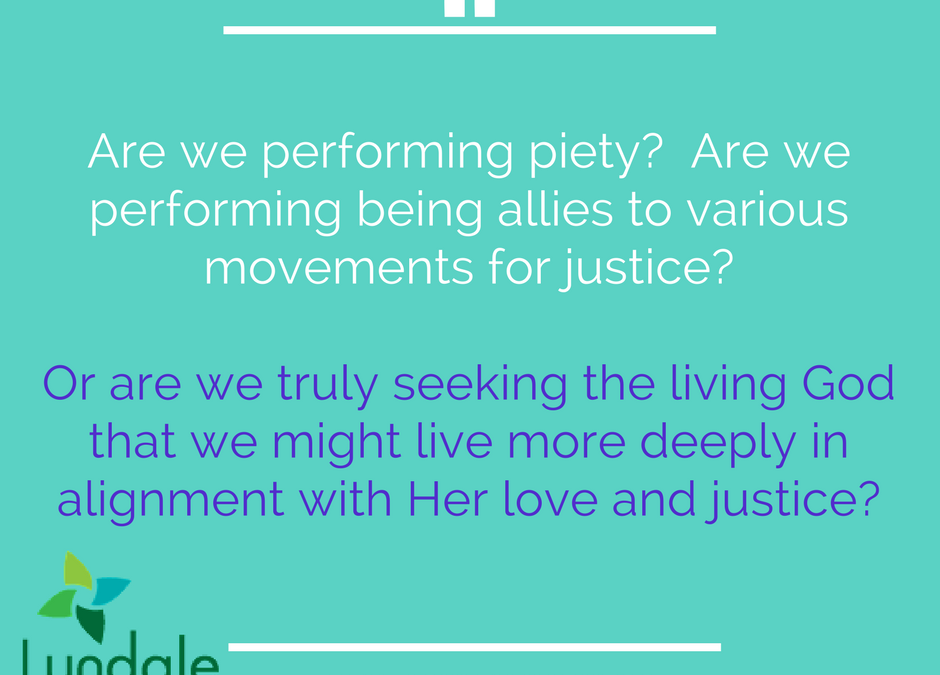 Our scripture this morning comes from the book of Amos, one of the Hebrew Bible prophets. Amos was, in modern language, a migrant farm worker. He crossed the border from the land of Judah, in the south, to Israel, in the north.[1] He is a fitting prophet for today, then, as we host a Sanctuary and Immigrant Welcome Fair and Fundraiser here at SpringHouse to help all of us engage more deeply in the work of becoming a Sanctuary-Supporting community.

Amos, as you may have noticed, is not happy. He is channeling some deep, prophetic rage. His people, he thinks, have become obsessed with performing piety instead of actually worshiping, actually following, actually seeking the Divine. Right before this passage, Amos pleads with his people, “seek God and live.” As one scholar explains, “To seek in this manner – the verb darash – is to journey for truth, to seek with our hearts, hands, face, and feet… [it is] to know God intimately… [to] Seek the living God and live.”[2]

In other words, Amos is angry that the people have become so wrapped up in their own performances of temple ritual, he thinks they have forgotten they are supposed to be seeking the God embodied in those whose lives are living testaments of injustice – the poor, the sick, the outcast, the migrant worker, the immigrant. That kind of worship is the kind of spiritual discipline that releases justice and righteousness like a powerful waterfall that can create an ever-flowing stream. It’s the kind of worship, the kind of spiritual practice, that Rev. Dr. Martin Luther King Jr. called for famously in 1965 after the passage of the Civil Rights Act, but before sufficient cultural change to bring that legislation to life. King quoted Amos in his plea to move beyond “inadequate” and “slow reform,” but to instead seek the “cleansing action of revolutionary change” at the “heart” of this country.[3]

This is the kind of worship we are up to when we seek to live out our commitment to be a sanctuary supporting community for all those facing the threat of deportation. This year, the total number of removal orders that lead to deportation is up 29%.[4] The current White House chief of staff is seeking unprecedented scale “mass deportations” of refugees from Central America.[5]

Being a community partnering with people most under threat to build sanctuary support is the kind of worship Amos is calling us to. As a modern day prophet, Marisa Franco of the Latinx movement building organization Mijente, says:

“Sanctuary is a spiritual stance. Sanctuary says: oppression is trying to fill our lives with fear and blood and daily numbing horror. But not in here. Not in my home…Not in my movement. Sanctuary makes a ring of fire around our people. Sanctuary grants us a taste of reprieve and protection so they can gather strength to go out there again and fight. Sanctuary is our duty.”

Franco continues, “Creating sanctuary in our local communities will require focusing on places and people many of us tend not to notice. There is no silver-bullet plan. There is no national government or national movement leader who will come save us. To jumpstart ourselves, we have to start where we are, where we live, and we have to get out of our bubbles.”

For those of us who are not personally or as a part of our families facing deportation, this means listening to the needs of those on the frontlines of this movement, those whose communities face deportation themselves right here in Minnesota. You have a chance to talk to some of those folks after worship today at the Sanctuary Fair. You have a chance to support one family whose bread-winner is being held by ICE right now after church today by enjoying some amazing food and contributing some cash in exchange. On a larger scale in Minnesota, many are saying they need sanctuary not within our church walls, but in the form of the spiritual ring of fire we can create when we by accompanying people facing ICE check-ins or court dates. Many are asking us to join with the Interfaith Coalition on Immigration to hold protest vigils at the headquarters of ICE. This is the kind of worship Amos is talking about.

But I don’t think Amos is telling us our regular rituals of worship don’t matter. I just think he’s asking us to investigate our motivations. Are we performing piety? Are we performing allegiance to God? Are we performing being allies to various movements for justice? Or are we truly seeking the living God that we might live more deeply in alignment with Her love and justice? Only the true seeking creates in us the potential, the energy, the openness, the humility and the bravery to be a part of the “revolutionary change” King sought and spiritual fortitude to take on sanctuary as a “spiritual stance” as Franco challenges.

So for the rest of this sermon time, I’m going to get out of the way of your fortifying experience of the divine. We are going to practice centering meditation or centering prayer, a practice that grows out of monastic traditions that are over a thousand years old. This practice was brought into popularity in the 1970s by the Trappist monk, Thomas Keating. Keating says this kind of prayer “is the opening of mind and heart – our whole being – to God, the Ultimate Mystery , beyond thoughts, words, and emotions. We open our awareness to God whom we know by faith is within us, closer than breathing, closer than thinking, closer than choosing – closer than consciousness itself.” Today, we will practice Centering Prayer using the word “sanctuary” as our centering word.

See guide to centering prayer here or listen to the sermon for verbal instructions.