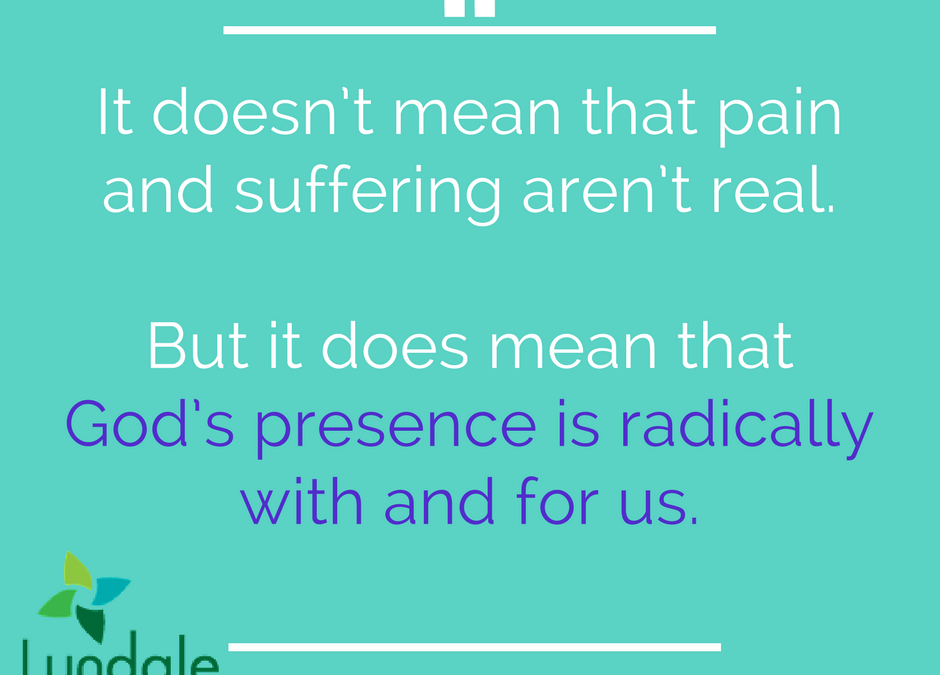 “I will lift up mine eyes unto the hills. From whence cometh my help? My help cometh from the Lord.” Often when we are driving somewhere whose natural beauty is striking—like it was in Scotland—my mom will quietly repeat this first line of today’s Psalm. She isn’t saying it to anyone in particular and the tone of her voice has a bit of a faraway note to it… I will lift up mine eyes unto the hills… it is as if she is lost in thought or deep in memory of another time and place. Whenever she does it, it feels to me as if it is an affirmation of faith.

She does the same thing at times with Psalm 23 when she’ll say under her breath, “The Lord IS my shepherd” and then she’ll skip to her other favorite phrase, “surely goodness and mercy shall PURSUE me all the days of my life.” And then she’ll turn to me and say, “you know I love that sense of pursue me, God is actively seeking my welfare.”

I lift up my eyes to the hills—
from where will my help come?
My help comes from God,
who made heaven and earth.

She will not let your foot be moved;
he who keeps you will not slumber.
They who keeps Israel
will neither slumber nor sleep.

God is your keeper… from where will my help come? My help comes from God.

This morning, I need to admit that Psalm 121 was not the scripture chosen by the lectionary. It was not the text assigned for today. But Psalm 121 has kept whispering itself to me in the sound of my mother’s voice, “I will lift up mine eyes unto the hills…”

And as my heart has been breaking watching news of Hurricanes and fires, of friends dying of cancer and betrayed by those called friends, and of the countless daily banalities of evil done in the name of this Presidency, I hearkened to the insistence of being kept by God.

The sun shall not strike you by day,
nor the moon by night.

At the end of August, about three thousand religious leaders from a variety of religious traditions, but led by Black clergy people, gathered at the Martin Luther King, Jr Memorial in Washington, DC for the Ministers March for Justice in commemoration of the 54th anniversary of the March on Washington that Dr. King helped lead.

I tell you all this because at the Ministers March for Justice, where Martin Luther King III, Jesse Jackson, Al Sharpton and other long-time Black Civil Rights leaders were present, Bishop Flunder was actively participating. She was there to stand up for the ways in which this administration is terminally ill with a horrible case of white supremacy and is trying to dismantle voting rights and a whole host of civil rights even as it further militarizes the police, further criminalizes Black and brown bodies. But she was also there because for years, she has been a lonely voice speaking within Black church spaces as a same-gender loving bishop who has been anointed to preach about the belovedness of same-gender loving and queer and trans* folks. As I marched with her, she told me the story of being on a panel five years earlier with one of the bishops who had just spoken at the opening rally of the March. He had spewed all kinds of hate at her about the sin and sickness of homosexuality and how God punished sinfulness.

The reason, however, that she was telling me the story as we marched was because when he had taken the stage ten minutes earlier, he had started his speech with an apology to the LGBTQ community. He had been wrong, he said, and he needed to apologize. As he had said that, the crowd erupted in applause and all the Fellowship pastors around me had bent over in speechless wonder. Apparently, as he came off the stage, he stopped Bishop Flunder and thanked her. He said it had been her presence, her clarity, her loving truth that had schooled him those five years ago and he was working on changing his ways.

As she recounted the story, Bishop Flunder said, “You know, you work for years and withstand vitriol and you pray for this kind of transformation. But you almost don’t know what to do when it happens.”

And I couldn’t help but also think that we sometimes don’t know just how kept we are. Sometimes it takes years to be able to know that as we are enduring someone else’s hatred or someone else’s betrayal, that God was surrounding us, blocking the sun from smiting us by day and the moon by night. That God has been protecting us from evil, even as we were in the midst of its grip.

While I was pastor at Spirit of Lakes in the late 1990’s and early 2000’s, I had a prayer partner with whom I met every week to pray and support each other. Over the course of our time together, his father became ill and died. Although it was in the course of life—his father was in his late eighties, he’d been gradually declining, and there had been honest and open conversation about his death—it was still a singularly devastating experience for my prayer partner. His father had died. And he was in deep grief. On the Sunday after he returned from his father’s funeral, he recounted the story of how he was standing at coffee hour and before he knew what was happening, a group of men his age, all who had lost their fathers, had all formed a circle around him and collectively held him.

As he recounted the story, he teared up… he said it wasn’t the words spoken but the physical and spiritual warmth that, in his grief, held and kept him.

God is your keeper;
God is your shade at your right hand.
God will keep
your going out and your coming in
from this time on and forevermore.

My daughter is a very spiritually wise person. And one of the things she has shared with me is her love of Harry Potter. For those of you who are not familiar with JK Rowling’s theological masterpiece, she has written a story populated by geeky, flawed, imperfect characters who are seeking to navigate the rise of evil. That evil uses things like money, power and pure-bloodedness as its siren calls. And it abuses those who are different, preys upon vulnerability and delights in trauma.

And then the thing beneath the hood, whatever it was, drew a long, slow, rattling breath, as though it were trying to suck something more than air from its surroundings.

Harry’s eyes rolled up into his head. He couldn’t see. He was drowning in cold. There was a rushing in his ears as though of water. He was being dragged downward, the roaring growing louder…

And then, from far away, he heard screaming, terrible, terrified, pleading screams. He wanted to help whoever it was, he tried to move his arms, but he couldn’t… a thick white fog was swirling around him, inside him—

“Harry! Harry! Are you alright?”

Someone was slapping his face.

“Are you okay?” Ron asked nervously.

“Yeah,” said Harry, looking quickly toward the door. The hooded [dementor] had vanished. “What happened? Where’s that—that thing? Who screamed?”

“But I heard screaming—“

A loud snap made them all jump. Professor Lupin was breaking an enormous slab of chocolate into pieces.

“Here,” he said to Harry, handing him a particularly large piece. “Eat it. It’ll help.”

… Harry took a bite and to his great surprise felt warmth spread suddenly to the tips of his fingers and toes.[1]

In this short excerpt and in the whole story, what ultimately proves the downfall of evil is the ways in which Harry, Hermione, Ron, Neville, Luna, Dumbledore and all the others allow themselves to love each other and allow themselves to keep one another. This is what is redemptive.

As we grapple with a particular kind of rise of power, greed and the love of trauma, we are invited to pay attention to all the ways we are kept by God. This keptness comes in a myriad of ways. Being kept by God is sometimes a mysterious, seemingly miraculous thing, like making it through a debate with one who preaches your sinfulness… sometimes it comes in the hands of one’s community as it surrounds us in shared grief or passes chocolate around. Sometimes it comes through our mothers who whisper affirmations of faith. Sometimes we don’t know we’ve been kept until years later. But kept, we are.

One of my dear friends from divinity school, Shannon Craigo-Snell, is a professor at Louisville Presbyterian Theological Seminary. She has taken on the practice of posting a daily prayer on Facebook. One of those prayers from this past week seems appropriate to end our sermon time today.

Holy God, bless J.K. Rowling. It is not a small thing that a generation of children have been raised on a narrative that names the seductive evils of bigotry, prejudice, and fascism. Rowling has helped shape the landscape of their moral imagination, and has populated it with characters that can be recognized in the real world. She has also inspired them to be like Harry Potter and, perhaps more importantly, Hermione Granger, Neville Longbottom, Ron Weasley, Luna Lovegood, and Colin Creevey. She has taught my children–and me–that sometimes it is right to fight what appears to be a losing battle, and that slowing down evil might be enough if we all take our turn.

In these Dementor-ridden days, as we pass each other bits of chocolate to get by, I give thanks for the young people who have Dumbledore’s Army coins in their pockets, and I pray for the author who put them there. Amen.[2]