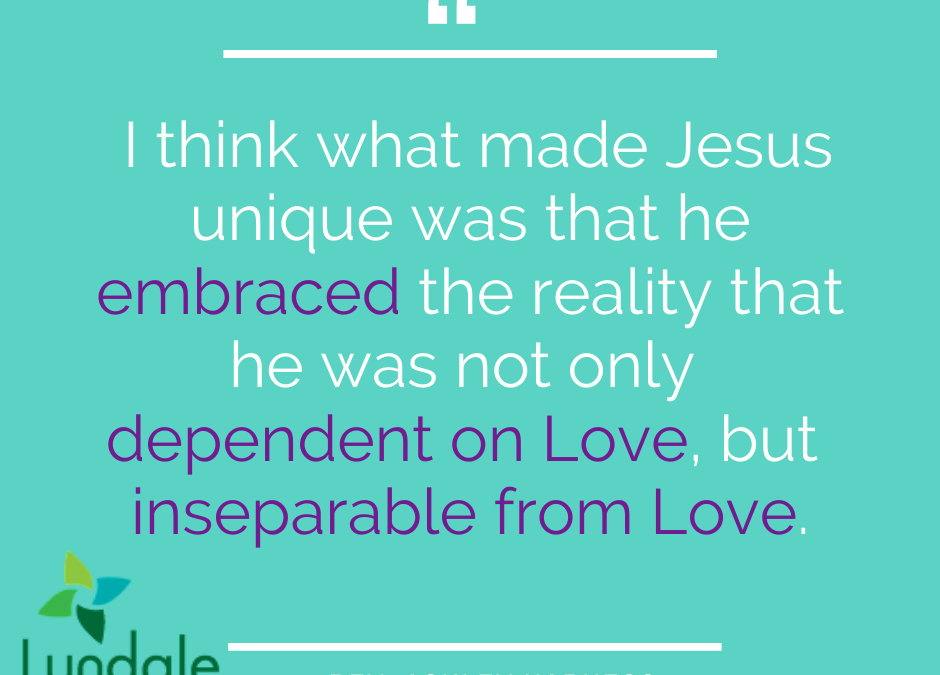 The closest thing to the baptism of Jesus I’ve been a part of was the first baptism I ever officiated. It was exquisite and awful, all at the same time. It happened in the middle of the night in the neo-natal intensive care unit in a hospital in Brooklyn, NY when I was working as a chaplain.

The NICU (as the neo-natal intensive care unit is known), was one of the most palpably holy places in the whole hospital – and perhaps in all of Brooklyn. Imagine a big room, filled with rows of babies in incubators – some tiny enough to fit in the palm of an adult’s hand. Each of those tiny, but fiercely alive beings is cared for 24/7 by a team of people, a rotating cast of parents and caregivers, nurses and doctors, surgeons and specialists. Everyone’s hearts are broken open, everyone’s whole existence is dedicated to the purpose of raising and sustaining new life and everyone is acting out of profound love for the sake of these most vulnerable beings.

Perhaps because of that, it was both my favorite place as a chaplain and my most dreaded call. Most babies there survive and go on to thrive. Pictures of them years and years later decorate the walls. Science is a miracle. I would steal glances and moments of awe walking by those babies. The ones I was called to minister to in the middle of the night were not those babies, not those families.

It was around midnight when the nurse called the first time to give me a heads up. There was a baby who was struggling and they weren’t sure what the night was going to hold for him and his family. I went over to meet them. I got there before the family arrived and found him surrounded by his medical team. The doctor showed me the baby’s vitals on the monitor, rambling about them in ways I didn’t understand except I knew he was speaking somehow in his language of grief. They weren’t good. Then the parents arrived. There were too many tubes and too much precariousness for them to hold the baby at that moment, but the mom reached into the incubator to put her hand on him. Within minutes, his vitals strengthened. They weren’t stable, but they were stronger while that tiny baby felt his Mom. We gave them some space. The doctor leaned over to me and whispered, “This happens all the time. They get stronger when they can feel their parents’ love.”

“You are my child, my beloved, with whom I am well pleased,” said God. And said that mom with her simple touch.

The parents were going to stay there through the night. I told them I was there all night holding vigil as they needed me. A few hours later, my pager went off again. The nurse said the parents wanted a baptism, things had taken a turn for the worse. This time when I arrived, the baby was in his mother’s arms. Most of the tubes were gone. Every moment of holding was precious and also was medicine – for everyone. I found some water and a paper cup. I asked the father if he would do the honor. Like John the Baptist, he hesitated at first, but then agreed. I fed him simplified words of the sacrament of baptism – “I baptize you in the name of the Creator, Christ and Holy Spirit. You are God’s child, God’s beloved.” He blessed his baby with infinitely tender hands, with the water made holy by his love and with the tears that flowed from his face. Not long enough after, that sweet soul passed into eternity to the infinitely tender embrace of God.

In our scripture story today of Jesus’ baptism from Matthew, baptism is a reminder of the beginning of the world. In the story of Genesis, the Spirit is said to hover over the waters and then God speaks and creation begins. When Jesus is baptized, the Spirit also descends over the waters and God also speaks and a new era of creation also begins, the era of Jesus’ ministry. As unique as Jesus was, he was equally as human as we are too. Which means that each time we baptize a fellow human, the spirit also descends and God also speaks and creation also begins again in them. “You are my child, my beloved, with whom I am well pleased.” A new world is born. Each time. No matter if that beloved child lives just a few more hours, like the baby I had the honor to help baptize in the NICU, or a few more years, like Jesus after his baptism.

In our tradition, baptism is a formal welcoming into community and family. It is a ritual of naming and claiming God’s love. It is a reminder that our whole purpose in life is to be God’s beloveds. That’s why I baptized that sweet soul in the NICU, to help that family claim their love of their son, their beloved, in whom they were well pleased – despite their shattered hearts. And to help them remember that even in his too short life, he was and forever will be God’s beloved.

I promise, I’m not telling you this story to depress you. I’m a parent, as you know. I’m telling you this story because it is a kind of parable of its own. We come into the world already Beloved without having to do or achieve anything. As babies, we are magnets for that same unconditional, Divine love from the people around us. It’s not just the cute factor. It’s the utter dependence on the Love of those around us. We aren’t embarrassed at receiving Love. We are incapable of embarrassment. We drink up the Love around us because it is the only option. When we grow, when we become more independent, we have a habit of forgetting or refusing our dependence on Love – from both fellow humans and God. We seem to think dependence on Love and growth into adulthood are incompatible.

But I think what made Jesus unique was that he still embraced in every fiber of his being that, just like that tiny baby, he was not only dependent on Love, but inseparable from Love. He knew that baptism wasn’t just an event, though he had a pretty good one. Baptism was a moment of connection with the Divine that he was always trying to live in.

Holy One, teach us like that sweet soul in the NICU in Brooklyn and like Jesus to know we too are always being held by a Divine Love that strengthens our vital signs, and we too are always being blessed by your baptismal waters of love and tears. Give us the strength you gave Jesus to turn the world around us upside-down by living like the people in that holy NICU, our hearts broken open, our whole existence dedicated to the purpose of raising and sustaining new life, and our every action coming from profound love for the sake of the most vulnerable around us.