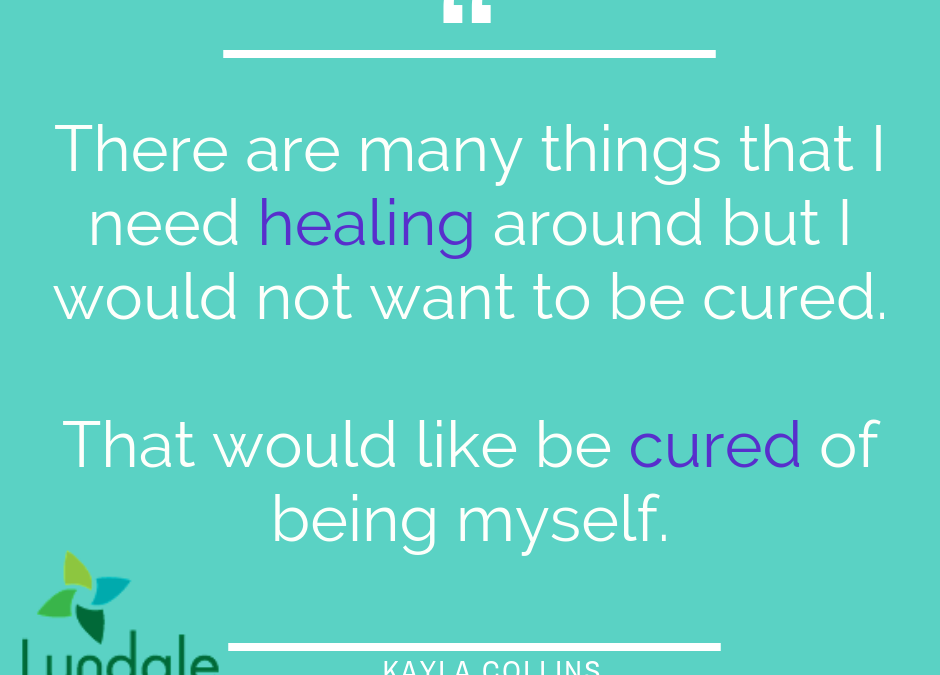 We have been working our way through the journey of Lent as a journey of following Jesus towards Healing Justice. Healing Justice is a recent term of ancient origins. It comes from movement spaces lead by women and queer folks and people of color who refuse to separate the work of healing from the work of justice-making. It comes from a deep wisdom that part of the violence of oppression is actually attempts to separate these two paths. We’ve been talking about healing justice as three movements. First, it’s about interrupting any violence – physical, emotional, communal, spiritual etc – happening. Second, it’s about healing from that violence individually and collectively both for those who received the violence and those who perpetrated it. And third, it’s about transforming the conditions that lead to violence in the first place.

Jesus knew this too. Every movement he makes towards healing is also a movement towards justice and vice versa. But through our modern ears living in scientific times of curing disease through modern medicine, there is some confusion about these healing stories of Jesus in particular. What is the healing part of the story? Is it the moment she stands up straight? Is it the moment Jesus touches her and she is welcomed into community again? What is the justice part of the story? Is it about Sabbath? Is it about naming and calling out Satan? It’s a little confusing 2000 years later.

So invite you now to listen to one interpretation of this story from our of our own beloveds, who also happened to live her life as a disability justice advocate. Her name was Kayla Collins. In 2016, she had a conversation sermon with Rev. Victoria Wilgocki who used to be a part of Lyndale. We’ve edited together a mini-sermon for you to listen to this morning. Listen for the ending of violence. Listen for the healing. Listen for the justice. Listen for her way of making modern meaning out of this ancient story:

I’ve lived in this irascible body for nigh on to 60 years now. I was born prematurely those 60 years ago. I was one of twins and we were very small at a time when things who were very small aren’t supposed to live. He didn’t and I did. But they knew something was wrong and eventually diagnosed cerebral palsy. So I have lived with CP since I was born and it has affected me in different ways. I’m pretty much chair bound now.

But, I can assure you, that I have grown from the moment of my birth understanding God as both the Creator of the Universe and the Creator of me, ultimately. And, understanding that God creates in goodness and creates for well being in the world and in ourselves. I didn’t have a language for that but I have always known that. So I have never incorporated or understood the definition of disability as demons that need to be exorcised. Although I can say that I have been stopped on many street corners and asked if people could … if I would be willing to have someone exorcise my demons.

I don’t understand the way that people translate Jesus’s use of demons because I simply cannot take it in as theology and so I haven’t and that in part has saved my life. It has certainly saved my life in the context of the church. My sense is that Jesus was about healing, which is a word that I understand in that context, but not about curing. Healing I can understand because we all need healing and I have a deep sense of Jesus’s touch as being not only a sign of healing but a true healing act, just as touch is between us fragile humans. But I don’t expect to be cured. This is the fragile, obnoxious, ironic, beautiful body I was born in and I wouldn’t know what to do if somebody made me into somebody else. I would truly … I would be lost. I would no longer be myself. This is who I am.

I don’t have trouble with the healing in the story in itself because I believe that exactly, that’s what our senses are meant for and part of what Jesus teaches is that we need to use them. Touch, speaking, sight, look at one another, listen to one another, acknowledge one another. Jesus doesn’t say anything about curing. It may be that this is one of the first times in 18 years that she’s been seen, that she’s been acknowledged and because of that she can raise herself up. Now it sounds simplistic, but given what we know about the strength of our own bodies I believe, and you know, I’m not trying to get cured but I absolutely believe that there are things that I can do that will heal me in the context of community.

I don’t like the stories themselves but I’ve learned as with much in the Bible, to work with metaphors and it helps separate healing from curing. Language makes a difference. And I wouldn’t want to be cured. There are many things that I need healing around but I would not want to be cured. That would like be cured of being myself and that … So I have trouble with the stories because they assume a whole life beforehand is invalid and suddenly then life is valid. Which is where that word comes from, which I would say please do not use that word in-valid, invalid.

And so I try and keep Jesus to Jesus and not mix my metaphors because we have a whole lot to learn about how we make people invalid by not seeing or not hearing or not touching. So I don’t believe it’s only Jesus’s part and I don’t believe that … I believe that every moment is a moment that we need to use whatever power we have and Sabbath is probably the best day of the week because we’re paying most attention. So, if that sends me to the devil, so be it.