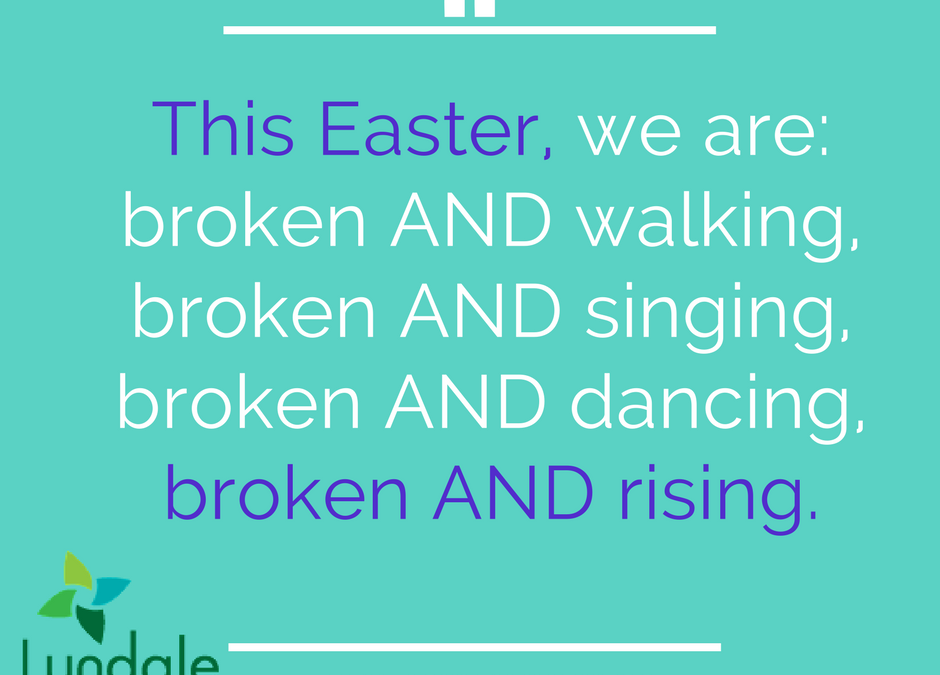 It was the summer between my 2nd and 3rd years in seminary and it was my first time actually doing pastoral care. I was green, both in the sense that I was new and I was practically nauseous with the preciousness of the work I felt unprepared to do. I was the Christian chaplain intern at a multi-faith eldercare facility on Manhattan’s Upper West Side. Each day I received a census of the building’s new residents and made my way to greet them. Getting through the door of each of their rooms was the hardest part. What would await me on the other side? What fresh trauma and pain? What story of loss, of a fall or a family member’s death, had landed them here and now? What lifetime was beginning to catch up with them in the hours of overwhelming nothing to do that accompanies too much of life in nursing homes?

There was one woman whose room I couldn’t make myself go into. I could hear her as I got close each time. I could hear her moaning and calling out to God from her bed. She was an African American woman, probably in her 70s. For the sake of confidentiality, let’s call her Ms. Johnson. She was in pain, so many kinds of pain. Each day I would try to muster up the courage. Each day I betrayed her pain and walked by, holding my list of residents on a clipboard and staring at it importantly as I walked quickly by her room, as if I was too busy to notice her.

Finally I confessed to my supervisor that there was this woman I was terrified to go visit, that her pain overwhelmed me even from a distance and I couldn’t imagine what in the world I could do by even walking in the room. My supervisor, Mychal, was a Rabbi. She looked at me with tenderness and firmness and asked quietly, “Ashley, isn’t she Jesus? Doesn’t Christianity teach you to look for and be with Jesus in the suffering of others?”

The next time I went to the nursing home, I went into Ms. Johnson’s room. It was spiritually excruciating to bear witness to her pain, both her physical agony and a lifetime of accumulated trauma living in a country that too often still treated her as 3/5ths human. I couldn’t do anything to relieve her pain. I couldn’t fix it. I just sat and listened with love, considering the act of listening a form of prayer to the divine in her that spoke, that cried out her forsakenness. I made it a spiritual practice to see her each week. One time, several weeks later, Ms. Johnson greeted me with a song. It was a spiritual I didn’t know, but it transformed the room and filled her whole body with a different spirit. She looked decades younger as she sang.

Rev. Dr. Otis Moss III, the pastor at the historically Black Trinity UCC church in Chicago where once upon a time the Obama family belonged, preached last week here in Minneapolis. I got the chance to ask him about resurrection in these times we live in. Rev. Dr. Moss speaks in sermons. I wish I could transport you there. But what I remember is that he said, “Spirituals are blues music with gospel lyrics. The blues are still there in spirituals in the same way the blood stains of Friday’s crucifixion are still there on Easter Sunday.” In other words, he said, resurrection means we are “broken AND walking.”

Ms. Johnson may not have been walking, but she was ‘broken and singing’ that ordinary afternoon in Manhattan as clearly as Jesus was broken and walking out of that tomb. I could see Jesus in her in that moment as clearly as Mary saw Jesus after he called her name on that early ancient morning.

As progressives, many of us are better at seeing the crucifixions around us than the resurrections. Especially in these times we live in, it’s a part of our call to name those crucifixions for what they are. In the tradition of the prophets of the Hebrew bible and Rabbi Jesus, we are called to name abuses of power, to call out the idols of our time that justify empire and imperialism, to challenge all that desecrates the bodies and souls of creation.

But what we too often forget, myself included, is to call out the resurrections too. Rabbi Michael Latz of Shir Tikvah Congregation in Minneapolis has started saying that in our times, “Hope is a practice of spiritual resistance.” I completely agree. And calling out resurrections is a part of that practice of hope for us Christians, a form of spiritual resistance to all the forces empire that threaten us daily.

The first step, though, is recognizing resurrection. The part of our scripture today that tugs at my soul is the exchange between Jesus and Mary. Mary doesn’t recognize Jesus, doesn’t recognize the resurrection right before her. She is so wrecked with despair and longing, that when he defies all her expectations, when he defies the powers that be, when he is standing before her she doesn’t see him. She thinks he is the gardener. It’s not until Jesus says her name, “Mary!” that she is called into the moment of what actually is before her. “Rabounni! Teacher!” she exclaims.

I have longed for such a moment. And yet, my life of prayer has never worked out quite like this. What I realize about the way resurrection often appears in my experience re-orders this interaction between Mary and Jesus. You can see it if you look closely at my time with Ms. Johnson. While perhaps I had been called by name in some quiet and abstract way that lead me to that nursing in Manhattan, I was stuck in Good Friday’s agony until I became a student of that agony, until I let Ms. Johnson be my spiritual teacher and walked through her door. Only then could the grace of God come tumbling towards me, calling my name as she greeted me and sang her resurrection spiritual. And if you go back a little further in the story, you can see it again. With my tail between my legs, I went to my supervisor, Rabbi Mychal, asking for help with Ms. Johnson. And in that asking, in that searching for her teaching, came my name: “Ashley, isn’t she Jesus?” It was a moment when Christianity came back to life for me, when the whole tradition became ‘broken and walking.’

My friends, this Easter morning, there is so much blood still on the ground from too many crucifixions still happening every day in our world. We named some of them during our time of confession. And yet in order to continue to resist them, in order to rise up with Jesus, we must be a people of resilience, of hope, of resurrection. We must be a people that experiences what is both broken AND walking, or broken AND singing. And while some of us are wise enough to be able to hear God calling us by name through all the chaos of our day to day life and expectations of how the world should be, I think many of us first have to humble ourselves enough to call out “Rabounni! Teacher!” before the voice becomes recognizable. We have to ask these moments of crucifixion in our own and each other’s lives to be our divine teachers. We have to look them in the face, sometimes over and over, until we can recognize the spark of the Divine in them rising up to the surface.

And then together with Ms. Johnson and Mary and Jesus the Christ, we too will be broken and walking, broken and singing, maybe even broken and dancing.