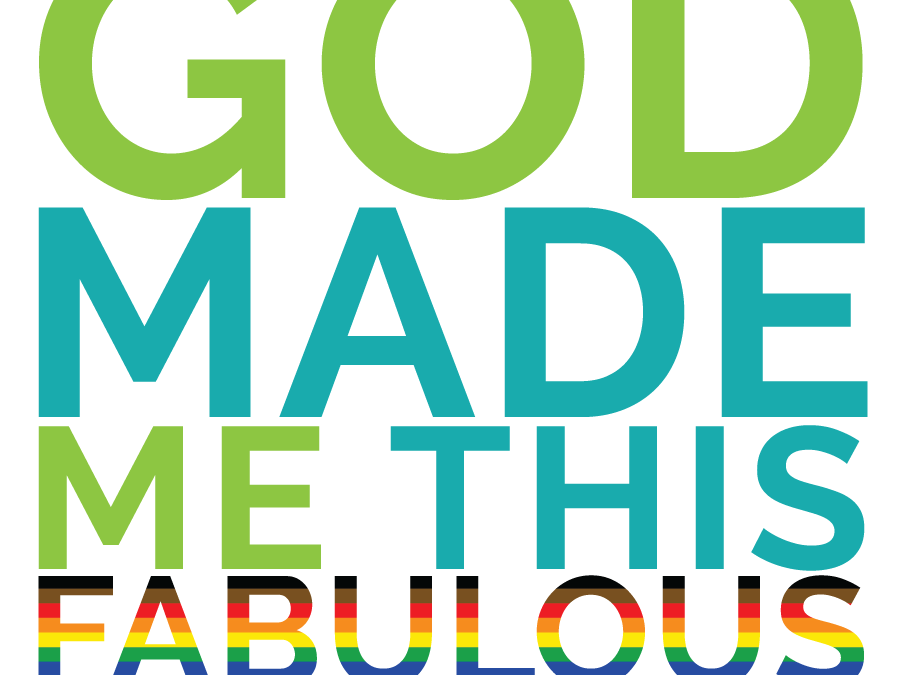 Perhaps unusual for a Millennial, I met my beloved wife like generations of queers before me have met their beloveds – at little gay bar. Ours was and is a classic Brooklyn, NY lesbian bar, like Cheers but filled with self-avowed dykes and femmes and queers and butches and trans folk and genderqueers and everyone between and beyond. The regulars played pool in the back, stone cold serious with their cigarettes hanging out the corners of the mouths and attitude like the smoke they puffed filling the room by 4pm. The bathroom walls were scrawled with testimonies of love, and phone numbers and community notices. Up front worked the bar tenders, tending not only the drinks but also the souls of their community as they listened and laughed and lingered together in the safe semi-darkness.

For decades and decades, LGBTQ bars are where we have found ourselves and our loves, created chosen family when our families of origin wouldn’t have us, made sanctuary when churches condemned us, and celebrated our resilience in the face of hate. These places are – to many of us – more like your grandmother’s house, your church, your community center. Despite appearances to the world, they were and are sacred spaces.

The Stonewall Inn, the now famous bar in New York City, was no different. It was, if anything, more sacred, more close to the heartbeat of its community, more clearly offering the communion of wine and a listening ear than we could possibly understand 50 years later. This was a time when one could be arrested if they weren’t wearing at least three items of clothing traditionally associated with their gender assignment, like a skirt or a bra or dress if it were me. This was a time when any public congregating of queer folks could mean arrest. It was a time when any suspicion of queerness could get one fired from their job.

Just after midnight on the 28th of June, 1969, the Stonewall Inn was filled with its regular congregation of queers, there despite the threat of frequent police raids.

“We used to sit around, just try to figure out when this harassment would come to an end. And we would always dream that one day it would come to an end. And we prayed and we looked for it. We wanted to be human beings,” said Sylvia Rivera – a Stonewall regular. Sylvia had lived on the streets of NYC since she was 11 and kicked out of her home for being a boy who liked to wear dresses. For many years, she had tried to help her fellow queers be seen as human beings. What is now known as the Stonewall uprising didn’t come out of a vacuum just like Rosa Parks sitting down on the bus that day didn’t happen on a whim, but as a part of a history of resistance.

And yet, something was different that night at the Stonewall. The air was thick with grief. One of the only public figures to express support for Sylvia’s fellow queers, Judy Garland, had died and her funeral was that day. As they nursed their grief together inside the Stonewall, the public morals squad of the police department (yes, that was their official name), gathered outside. But when they barged in and began arrests, the congregation of queers didn’t just leave like usual.

Sylvia remembers: “People started gathering in front of the Sheridan Square Park right across the street from Stonewall. People were upset. “No, we’re not going to go!” And people started screaming and hollering.”

Another self-proclaimed queen (the word transgender didn’t exist yet), Miss Martin, recalls: “When we saw the riot police, all of us drag queens, we linked arms like the Rockettes and sang this song we used to sing: “We are the Village girls, we wear our hair in curls. We wear our dungarees above our nellie knees.” And the police went crazy hearing that, and they just immediately rushed us.

Miss Major, another present that night remembers this: “The memory of that first night doesn’t come to me with a sense of joy or happiness, because so many of the girls and a few guys got really hurt. After the city police barged into the bar — with numbers and attitude — the prevalent feeling that night was fear. Looking at the riot squad was like watching Star Wars stormtroopers, but they were in black with riot gear, sticks, guns, mace, helmets, and shields. The brutalization as they moved across and down the street was like a tidal wave hitting a coastline city. It just hit and rolled over you. If you fought, you’d wind up down, and if you were down, they would keep beating on you.”

And yet, the Deputy Inspector police officer that night who lead the raid and continued to fight back against the rioting that lasted three nights, Seymour Pine, remembers this: “After the Stonewall incident, things were completely changed from what they had previously been. They suddenly were not submissive anymore. They now suddenly had gained a new type of courage. And it seemed as if they didn’t care anymore about whether their identities were made known. We were now dealing with human beings.”

How many times have you heard this scripture used to defend the idea that marriage should only be between a man and a woman? Or that there is no such thing as gender beyond male and female? I’ve become numb to those tropes of scriptural abuse in my own emotional self-defense. As many queer theologies and biblical interpretations as I’ve studied, as many Christian blessings I’ve received and given as a queer person, as many stickers as I’ve handed out at Pride festivals that remind people God made them fabulous exactly as they are, I still have scriptural scars around these lines from Genesis. Because they are still being used actively to harm and exclude and justify denial of my humanity and the humanity of those I love.

Miss Major, who was present during the riots at Stonewall and continues to advocate to this day said in a recent interview: “The sad thing is, it’s 50 years later … Things haven’t changed enough for my girls, trans guys, gender-nonconforming people, and me to feel safe. There’s a pain that comes along with the courage to still go out every day to present and be, to resist cowering and hiding. A lot of girls stepped out of the closet and, in the process, we burned the house down so there’d be no closet … to chase us back into. But since they… can’t put us in a closet, they kill us, beat us up, and take away our sense of liberty and freedom.”

As people of biblical heritage and tradition, we know we are called to disrupt this obvious violence towards trans and genderqueer people. But we are also called to disrupt the way this scripture lives in ALL of our bodies and our beings and our minds in limiting ways without our consent. We are called to expand our biblical imaginations so that we can expand the imaginations of others and so that we can find more freedom in God’s image for ourselves too – no matter our gender identity.

United Methodist deacon M Barclay, who identifies as neither male nor female, reframes this chapter of Genesis with gorgeous simplicity and generosity: “This chapter talks about night and day and land and water, but we have dusk and we have marshes. These verses don’t mean ‘there’s only land and water, and there’s nowhere where these two meet.’ These binaries aren’t meant to speak to all of reality—they invite us into thinking about everything between and beyond.”

I love that. This piece of scripture is poetry, not taxonomy textbook. How could Genesis be an invitation from God to you to think about and live into everything between and beyond binaries in your life? It may no be that you need that invitation to understand and claim how you identify your gender. But all of us who live in this culture of Christianity have been limited by the binaries – the false choices of one thing or the other – we have absorbed.

I asked some of you what binaries, what false choices of one or the other only, are limiting in your life. You had much wisdom to share. Listen to this list of binaries you helped make and see if any of them haunt you or people you love, limit you or people you love, and if you and we might find freedom in embracing the invitation of both, neither, beyond or a third way through them:

We all need to remember that dusk and marshes exist and serve the purpose not only of beauty but of making life possible. What dusk or dawn is forming in your life? What marsh? What in-between or beyond or neither or third way or all do you need God to bless, do you to say yes to in your life?

May we too know our own fabulousness in God’s image. And demand a world that recognizes each and every one of our fabulousness too.