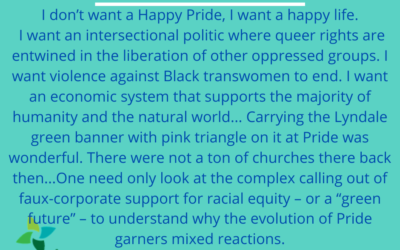 That true communion, that ecstasy and connection which enlivens everyone, is coming into the world. S/he was in the world, and the world came into being through them; yet the world did not know them. S/he came to what was their own but their own people did not accept them. But to all who received them, who believed in their name, s/he gave the power to become the children of God, who were born, not of the forces of destruction and hatred, not of the impulse to harm, but of God.

END_OF_DOCUMENT_TOKEN_TO_BE_REPLACED 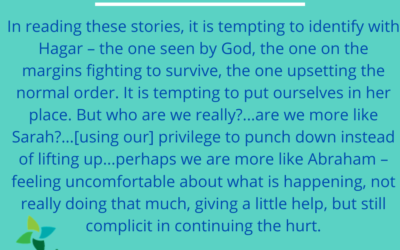 A God Who Sees

As our comfort is threatened and stretched, we stomp out the voices that need to be heard and send them away. Sarah, an older woman who beliefs herself to be barren is trying to look out for herself and her family. She is struggling to survive as well, but hurts Hagar in doing so. She uses her privilege to punch down instead of lifting up.

END_OF_DOCUMENT_TOKEN_TO_BE_REPLACED 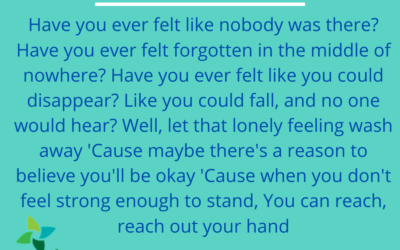 Youth Sunday at Lyndale UCC saw three of our SpringHouse youth share songs that were particularly meaningful for them as inspiration for how to make it through COVID-19 and the killing of George Floyd. Each chose a song and we shared it, then they reflected on the song, a passage of scripture and the current situation.