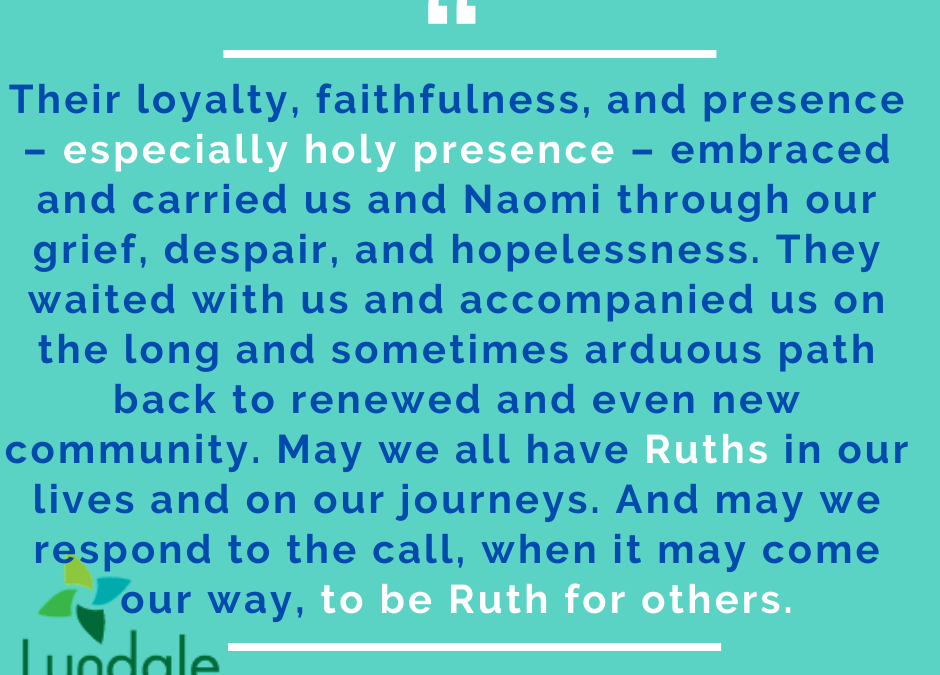 It was November 1996.  My boyfriend (soon to be my husband) had recently moved to Minnesota from Florida.  I was so happy to have Alan join me here in Minneapolis.  And, I wanted him to be part of my family, including my parents and siblings, and extended family.  Just as I had become with his family.

So, as with most years before, I called my parents and talked with Mom about the upcoming Thanksgiving holiday and family plans.  I kept saying that “we” were coming.  Finally, Mom heard that “we” and asked, “who is ‘we’?”  When I said, “Alan and me”, she immediately responded, “I’ll call you back”.  And, as I was nervously waiting for her call back, she was talking it over with Dad.  She did call back and the answer was: “you are welcome to come, but Alan can’t come with you.”

I was crushed.  I knew this would be difficult for my family, but I had come out to them 10 years earlier.  However, Alan’s presence would make it much more real to them.  Truly “queer” and outside the “acceptable” religious and cultural norms I grew up with, and that my parents were still holding strongly.

Thankfully, Alan and I had my cousin, Deb.  She had already embraced us and included us in her life.  And, she was able to straddle and bridge the divide between conservative family members and those of us pushed to the outside edges.  She was and is our St. Ruth!

And, so, what about Ruth and Naomi in the scripture story read today?  Well, if they’re not already, I want to nominate them for sainthood.  Starting with Naomi’s family enduring and then fleeing a famine in Israel as refugees.

Yet, it seems that Naomi was open to her nice Jewish sons marrying Moabite women.  Despite the strong cultural and religious norms and rules about marrying “foreign” women, especially Moabite women.  Of course, Moab did take the family in as refugees.

But, as we read, even more tragedy strikes Naomi and her family.  Her husband died and now that her family included her daughters-in-law, Orpah and Ruth, their husbands died too!  Now, these women are all widows, in a time and culture where this usually means complete destitution and utter dependence on the kindness of relatives – or strangers.  Especially since they had no male family members anymore in their household.  They were a family on the outside; in a sense, also a “queer” family.

So, Naomi does what she believes is the most loving thing she can, as painful as it is – she urges Orpah and Ruth to return to their families of origin, which tears at all their hearts.  They had become a family and they still were, despite the deaths of their husbands.  But this “queer” family was not acceptable in their place and time.  So, in the throes of her sobs and tears, Orpah relents, tears herself from this family, and does what her mother-in-law tells her is the right thing to do.

Ruth, on the other hand, refuses to give in to these oppressive and painful “norms” – even deflecting Naomi’s entreaties.  Her pleading reply is one of the most beautiful poems in the Bible, I think:

Do not press me to leave you or to turn back from following you!
Where you go, I will go,
Where you lodge, I will lodge;
Your people shall be my people,
and your God my God.
Where you die, I will die –
there will I be buried.
May God do thus and so to me,
and more as well,
If even death parts me from you!

Ruth promises her loyalty, faithfulness, and her presence with Naomi for life.

And that’s what my cousin, Deb, gave to Alan and me, too.  Despite what the rest of the family had decided at the time.  She was a home away from home for us when needed.  She was someone who we could call and talk about and bemoan our other family relationships.  She even tried to be our ambassador with the family – finally concluding that it would have to be the next generation that pushed open those boundaries.  And she was right.  It was two of our nieces who pried open the doors and the path to restored and even new relationships was set.

For us, Deb was and is truly a saint.  Just as St. Ruth was for Naomi.

Their loyalty, faithfulness, and presence – especially holy presence – embraced and carried us and Naomi through our grief, despair, and hopelessness.  They waited with us and accompanied us on the long and sometimes arduous path back to renewed and even new community.

May we all have Ruths in our lives and on our journeys.  And may we respond to the call, when it may come our way, to be Ruth for others.