CHURCH SEPARATES FROM STATE WHEN IT COMES TO MARRIAGE 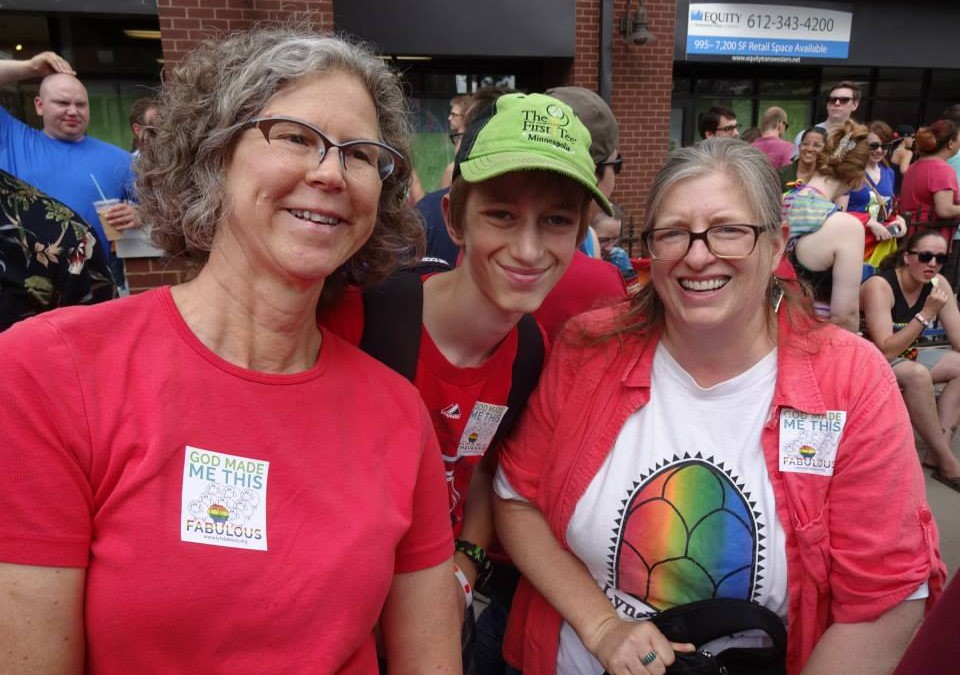 When members of Lyndale United Church of Christ in Minneapolis realized that they all believed it was unfair that straight couples can legally marry and gay couples can’t, they decided to demonstrate their solidarity.

The congregation of 135 active members, about one-third of them gay, voted unanimously this week to stop offering civil weddings at the church, said Michael Vanderford, moderator for the congregation.

“We see this as a way to treat all couples, gay and straight, equally,” he said.

The decision means that heterosexual couples will receive the same religious marriage ceremony at the church that gay couples receive, but they will have to go to a justice of the peace to have the state recognize their union, said the Rev. Don Portwood, Lyndale’s pastor.

“Since government is not going to provide us with equal rights, we decided our church would move to treat people equally,” Portwood said. “By going along with the laws of the state, we end up discriminating against our own members.”

Chuck Darrell, communications director for the Minnesota Family Council, said such actions show that advocates of same-sex unions will not be content until they have “full-fledged gay marriage.”

The Rev. Rebecca Voelkel, a member of Lyndale United, acknowledged that people of faith cite scriptures for both sides of the same-sex marriage debate.

”The arc of the gospel always moves toward circles of inclusivity, and in earlier debates about human rights, people who err on the side of inclusivity have been proven right,” she said. “Very few passages in the Bible deal with homosexuality, but many can be lifted up in arguments for justice and equal treatment.”

Portwood said that in making its stand, his church is “talking about discrimination and equality, not quoting specific scriptures.”

The church is following the direction of its synod, which in a July 2005 resolution urged member congregations to “consider adopting wedding policies that do not discriminate against couples based on gender.”

Members of Mayflower Community Congregational Church in Minneapolis, which is also a congregation of the United Church of Christ synod, plan to vote on a similar resolution at their annual meeting in May, said the church’s pastor, the Rev. Sarah Campbell.

White Bear Unitarian Universalist Church has had such a policy for several years. Its pastor, the Rev. Victoria Safford, said that while such actions may not change minds wholesale, “change comes one person at a time.”

“For instance, at wedding receptions, I’ll hear people say, ‘The couple has to do what [to obtain a civil marriage]? And why?’” she said. “They talk it over, and while it may not change their minds right there, over time, aunts and uncles and grandmothers start to think about why some loving, committed couples are treated differently from others.”  (Reprinted from the StarTribune)